How often do you go to brand new restaurants?  The ones that have no referrals, no images on yelp, or a menu that isn’t on the website yet?  Those places are a hit or miss.  I don’t go to them often, but when I do, I carefully research everything about it before I pull the trigger.  This was my scenario before dining at Estuary.

Estuary, a farm to table establishment, opened less than three months ago and is led by the Voltaggio brothers.  It is located inside of the Conrad hotel which is a great location in downtown D.C.  Bryan and Michael Voltaggio (owners) are James Beard award winners and Top Chef finalists that also lead a steakhouse in the MGM Casino in Oxon Hill, MD.  The interior of this restaurant is astonishing and the rooftop area (which I did not have a chance to get to) I’m sure is a sight for sore eyes.  The restaurant is named after the Chesapeake Bay, where most of the ingredients are farmed at as well.

During my visit I was able to indulge in five dishes.  They ranged from Calamari to Lamb with a bit of a twist on each dish.  I’ll start off with the first dish which was the Maryland Crab Roll.  This was the best Crab Roll I’ve ever had.  The toast was buttery, soft, and had a crunchy exterior.  The crab meat was piled on top and was decorated with crab shaped chips.  I’ve never seen crab shaped chips and that itself was the most fascinating thing to me.  The creativity and the decoration of this mini-sandwich itself, deserved to be stared at in appreciation before you inhaled it.

The next two dishes consisted of Squid Ink Calamari and Potato Galette.  I thought the Squid Ink mixed in with actual Calamari was anther creative feature.  Squid and Calamari are two different thing, but often thought of being the same thing so often, the restaurant decided to put it both together.  Genius!  The Calamari wasn’t covered in batter, which I’m used to, but instead covered in the ink of the squid.  It had an interesting taste, that was a bit dry and smokey, but still good nonetheless.  The calamari wasn’t tough or chewy and the consistency was correct, but the flavor wasn’t my favorite.  The Potato Galette was the next dish up.  It consisted of Egg Yolk Pudding, Sprouting Cauliflower, and trout roe.  This was a good well rounded side dish of the night.  The egg yolk to go along with the potato provided the perfect earthy flavor to go along with the saltiness of the trout roe.  The sprouting cauliflower has a nut like flavor and is looked at as a delicacy in some countries.  A superb dish that I would order consistently. 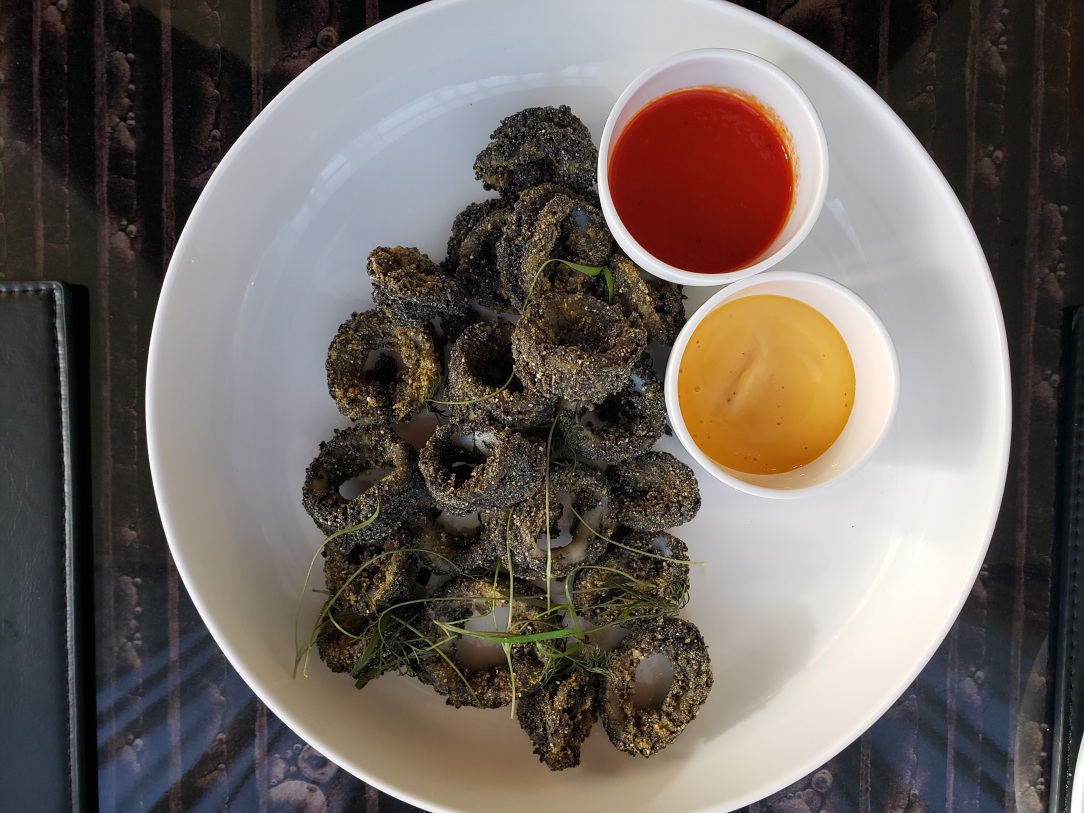 The last two dishes consisted of Lamb Pastrami and Cod.  The Lamb Pastrami was presented as a Loin and Belly and served with Charred Cabbage that sat on top of Romanesco sauce.  The lamb was well seasoned but had a bit of a chew to it.  I would’ve loved to see this cooked more at a medium-rare temperature versus the medium temperature.  The Romanesco was a beautiful accompaniment to the bitterness of the Charred Cabbage and the fatty taste of the lamb.  I really enjoyed this dish as it was more hearty than anything.  The last dish was the Cod which consisted of Cuttlefish-Enoki and Ramen.  Think of the perfect Chinese dish and that’s exactly what this dish smelled like.  A very unique smell and a better taste.  The Ramen was in a broth that was a bit salty but the Cod helped to take some of the flavoring away from it.  The Cuttlefish had the consistency of grilled calamari and the texture of it as well.   This dish was pretty light so it won’t fill you up, but two of those Crab Rolls will do you justice.  (You won’t be able to order just one) 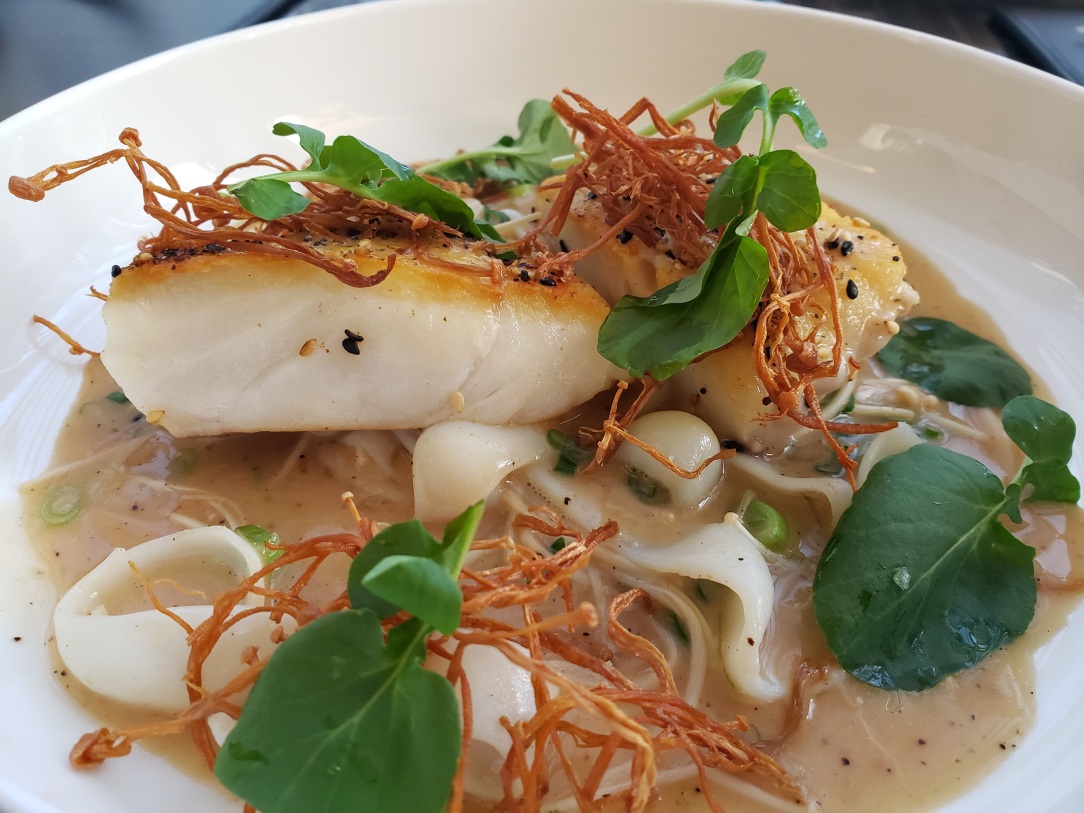 Overall, this restaurant is a go-to.  A great date night spot, with beautiful views, and reasonable prices.  I’ll be looking forward to hearing what you think about this place.