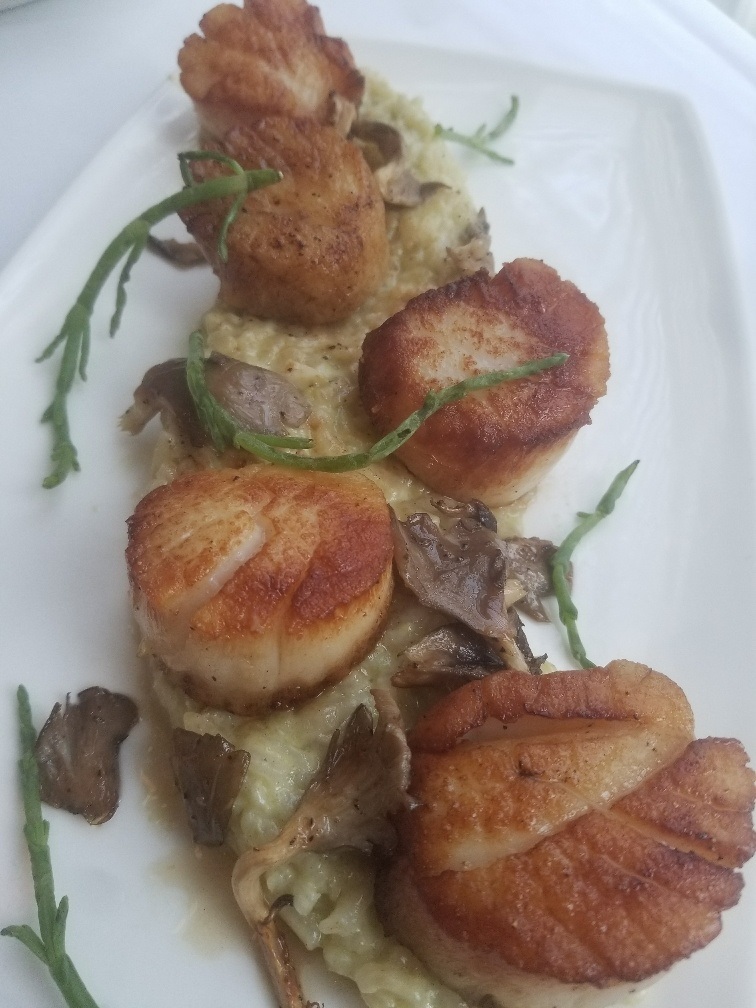 It’s amazing how we never take advantage of things in our back yard.  I am familiar with a lot of people in the Pittsburgh area, and I’ve asked over thirty people have they ever heard of this restaurant and they all said, “no”.  That would mean this restaurant is a hidden gem in my book.  But, is it really a hidden gem or the people I asked chose to not to seek out a restaurant like this?  Whenever I travel, I enjoy looking for places to eat because who wants to travel hours just to eat at the same restaurants they have in their state?  With each “new” restaurant you dine at comes a different experience each time.  That’s what excites me more than anything.

Bruneaux, which is located about 20 miles outside of Pittsburgh, PA, is a local farm to table place that has a menu inspired by the French.  The interior of this restaurant is very “fancy” for a small place that looks like it sits no more than 50 people at once.  It has an extensive wine list and offers bottles from around the world.  Sadly, I didn’t order any bottles because I’m broke and can only afford to order the finest of the finest tap water at restaurants I go to.  You understand, right? 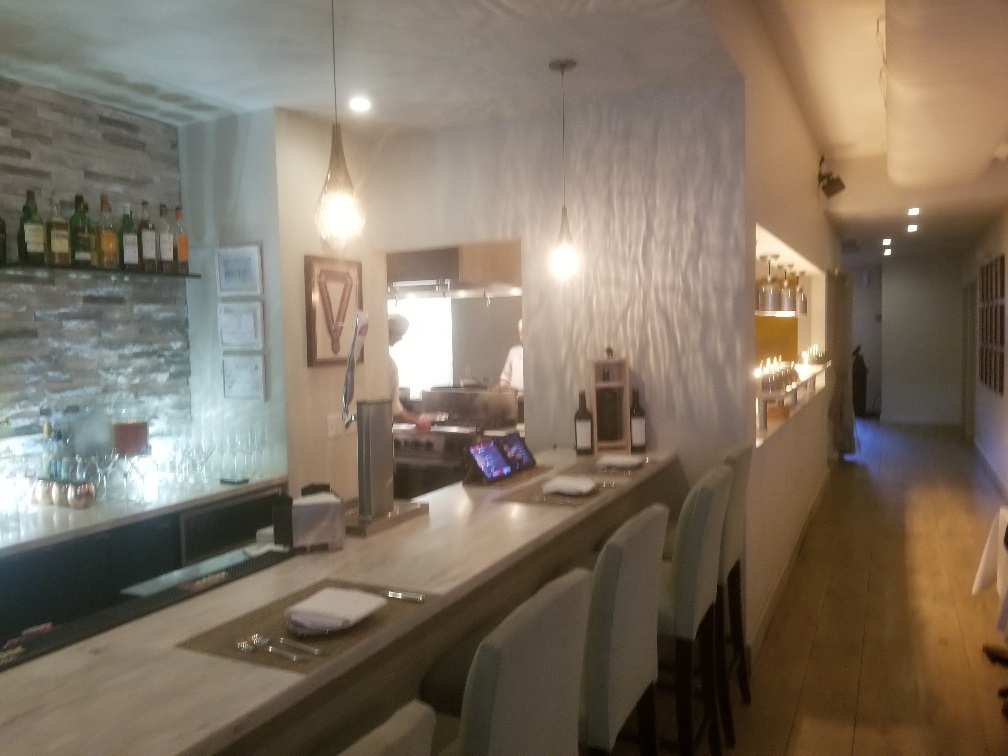 During my visit I was able to order four dishes.  Mostly because I was hungry and wanted a taste of a little of everything.  The items I ordered ranged from Lobster, Octopus, Escargot, Lamb, and Scallops.  These are traditional items that I order at restaurants, but I wanted to see how they would be prepared at this place.  I’ll start with the lobster.  It consisted of a Butter Poached Lobster with beet chips and creamed corn.  What stood out mostly about this dish was the creamed corn.  It was sweet, savory, and had a hint of sugar in it but worked well with the flavor of the lobster.  The beet chips I thought were interesting, but it didn’t over-power any of the ingredients because they were so small.  It almost made me ask why they were included in this dish, but I suppose every dish needs a little coloring.  The lobster was great too.  It wasn’t cooked too long and it wasn’t too mushy, it was perfect. 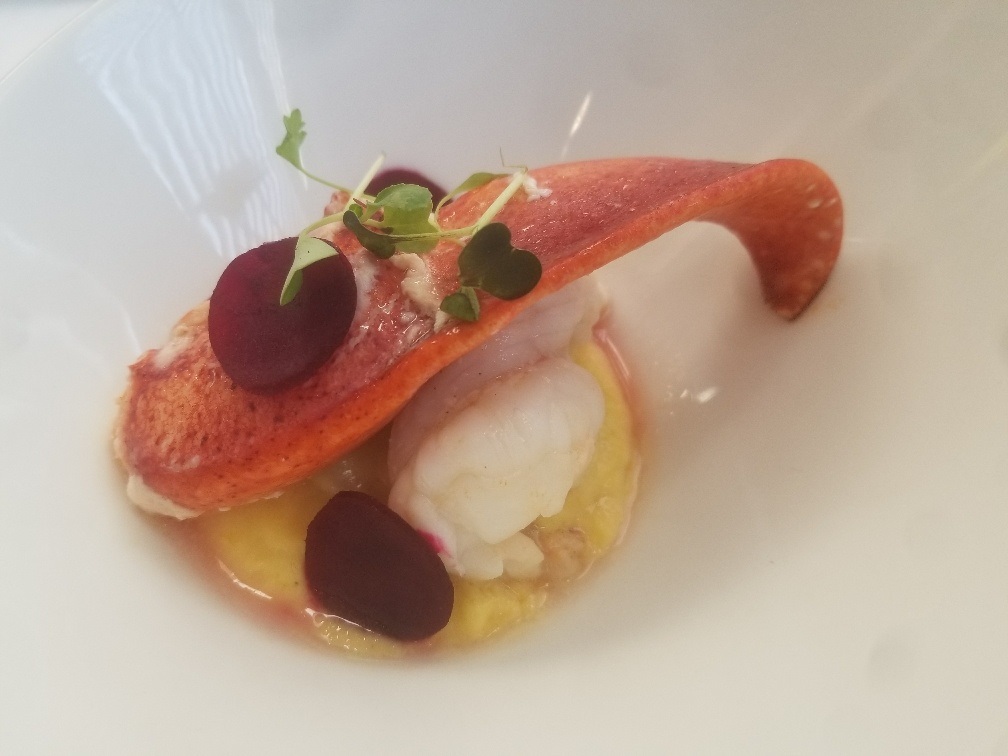 The next dish that was ordered were the Escargot.  Escargot has a consistency of a stuffed mushroom, so if you’re in the mood to be adventurous that’s what you’ll be chewing.  Sometimes I often wonder, what possess people to eat some of the shit that we do.  Who went underneath a cow to milk it and said, “wow, this is good pee”.  Because that’s obviously what it was called before the name “milk” was invented.  The escargot was served in a warm garlic herb butter, but it definitely lacked flavor.  It needed more salt or more garlic.  The Escargot ended up tasting like stuffed mushrooms with olive oil attached to it.  Blah.

The third dish that was ordered was the Octopus.  It was braised in red wine and surrounded by clams.  The presentation and taste were off a little on this dish.  The red wine was dry, and the octopus was a bit rubbery.  The clams were sweet and delicious but I couldn’t ignore the main reason this dish was ordered.  I would’ve loved to see the clams drenched in garlic butter and the Octopus poached in the red wine.  I think that would’ve brightened up the dish a bit. 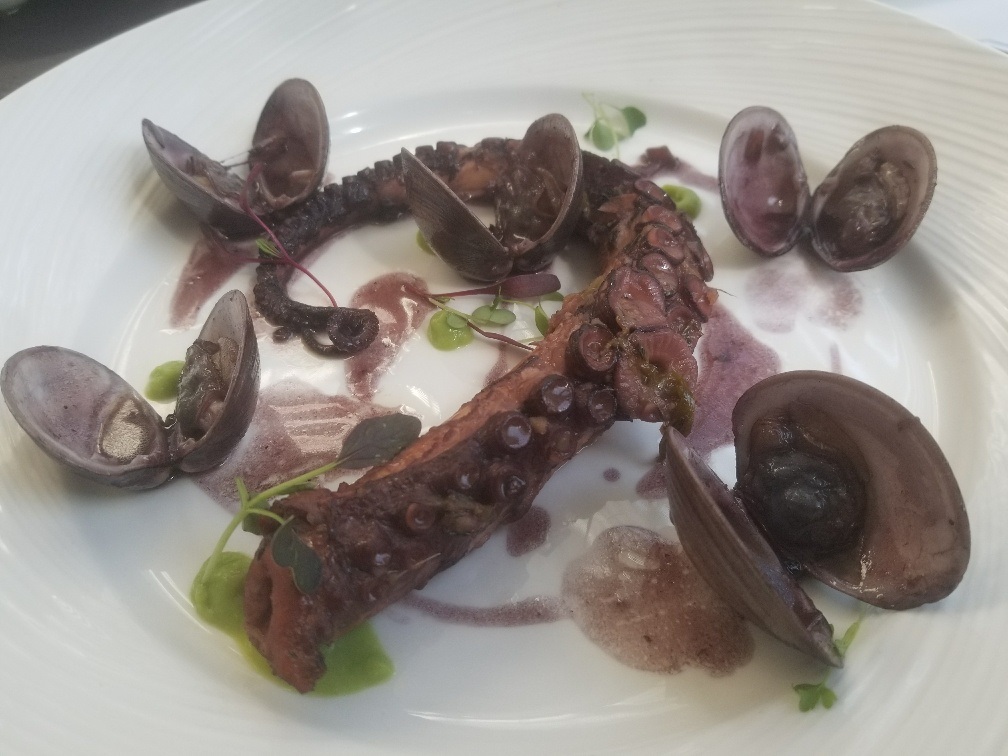 The fourth dish that was ordered was the Lamb Chops.  It consisted of Farm Lamb served with carrots, spinach, and chimichurri.  I’m not quite too sure what I should say about this dish.  One thing I can say is that it lacked flavor.  The lamb chops weren’t seasoned.  AT ALL.  There was no salt or pepper anywhere on the chops.  The spinach was wilted too much and watered down.  The best part about this dish were the carrots, and that’ sad because the Lamb was supposed to steal the show.  The dish was also smothered in olive oil and the presentation seemed rushed.  This dish was disappointing. 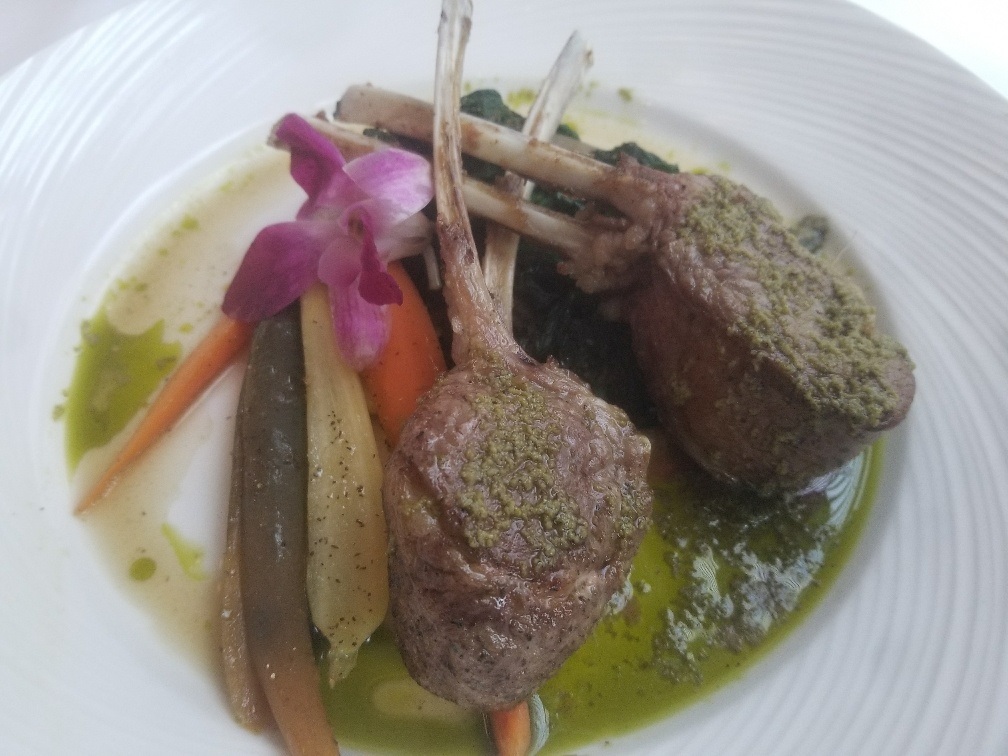 The last dish that was ordered were the Scallops.  It consisted of oyster mushrooms, sea beans, and risotto.  The Scallops were a little over cooked as the inside was rubbery and the outside was too firm.  The risotto, however, was some of the best I’ve had.  It was cooked perfectly and had the right amount of cheese mixed in it.  Of course I was going to order a dish that had mushrooms in it, but the mushrooms weren’t grand enough for me to enjoy this overall dish.  I love scallops so when not cooked properly, it’s a big disappointment.

Overall, this restaurant is a go at your own risk.  I had high expectations for this place because of the reviews that were given through sites such as google reviews and Opentable.  Both of those places had it ranked at 4.9 or 100%.  Sadly, I didn’t get the 100% feeling during my visit.