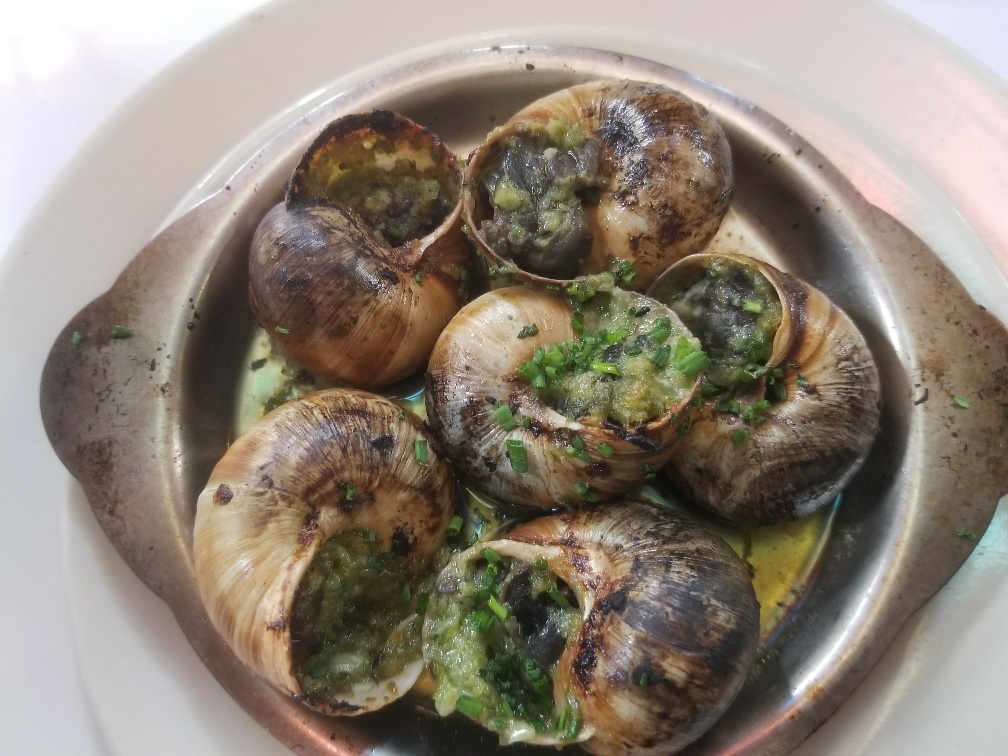 By savortrav in dinner, Escargot, French Cuisine, New York on October 25, 2017
No comments

You ever been to a restaurant that Italian Mobsters dine at?  Well, I think I witnessed my first Italian Mob restaurant in NYC.  I’m totally f***ing kidding, but if you would’ve seen the waiters and the kind of people that were in this restaurant my movie scene would play out perfectly.  Actually, let’s run with that.  Rustic setting, white table cloths, and a bistro setting with one of my four waiters having a deep New York accent.  Now that I think of it, does that make me an Italian Mobster, too?  Yes, it does! So… F*** with me if you want, sucka!  Okay okay, let me be serious, after all, this is a French Restaurant.

Le Rivage is located in New York (duh) off of W 46th St as a neighborhood gem in between a bunch of row houses.  The interior as I stated is pretty rustic and could honestly pass for an older bistro type place.  They take the meaning of “If it aint broke, don’t fix it” to heart, because the interior of the restaurant looks old as s***.  I came here because they had escargot and a french onion soup burger!  Doesn’t that sound amazing?

Let’s get into the food review shall we?  The first course was the Escargot.  Ever have Escargot?  Yes, snails, ever have em?  Well, they’re pretty awesome once you get past the fact that you’re eating snails.  This was my first time having snails inside of it’s shell, the other previous times I had them they were taken out and smothered in garlic butter.  Snails have the consistency of a Stuffed Mushroom with an earthy taste.  I’m not sure exactly how escargot is cooked in its shell, but I’m interested in figuring it out. Hold on.. Let me google or youtube it.  You can literally find out how to make anything on YouTube.

So, some chefs remove the snail from its shell and infuse the shell with garlic butter than push the snail back in.  Other chefs give snails a carrot and have the snails eat the carrot until their droppings turn orange.  After that, they are refrigerated which will put them into a “deep deep sleep”.  The Snails are then boiled in a stock that would consist of thyme and other ingredients, drained, and then cooked in butter.  Maybe I’ll try to cook escargot one day!  I think the fuck not. 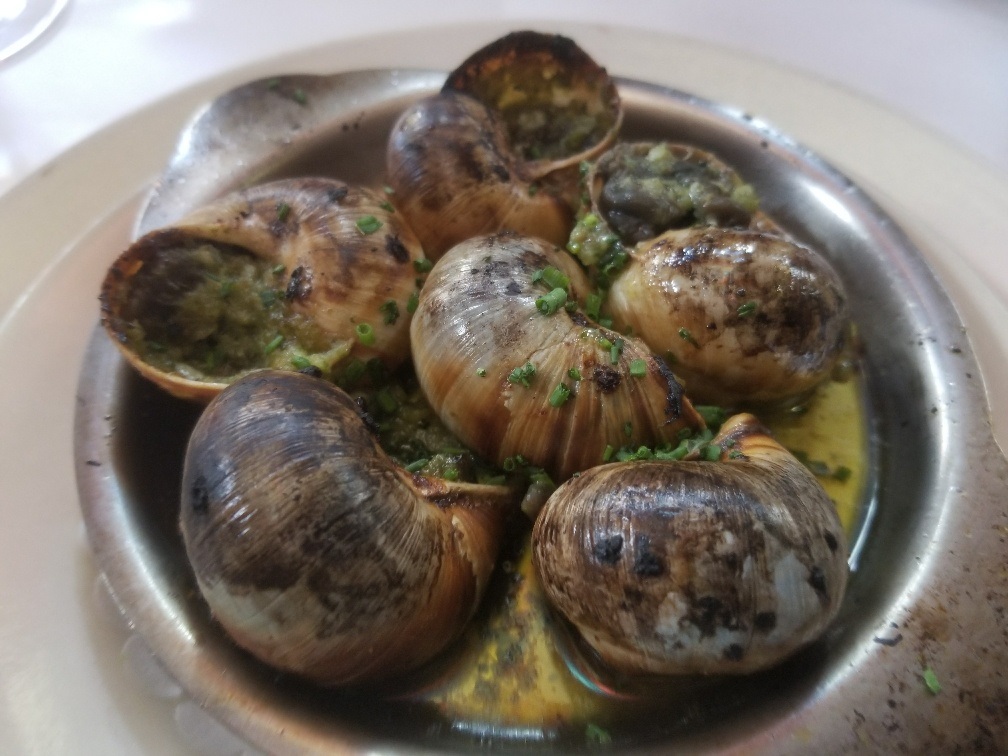 The next item was the French Onion Soup Burger.  Have you ever had French Onion Soup?  Isn’t it the top five soups ever made?  Now, imagine putting the onions on a medium cooked burger smothered in Gruyere cheese.  Has your mouth watered yet?  No?  Go back and read what I just said again.  The cheese was gooey, the onions were fresh, and the burger was perfectly seasoned.  I’ve never had a French Onion Soup Burger, nor ever heard about it until I dined at this restaurant.  Now, with burgers,  you have french fries.  I want to say unequivocally, that these are the worst french fries that I’ve ever had in my life.  They were so bad that if I threw them out to birds, birds would throw them back to me.  Literally.  I was too afraid to ask the manager to give me fresh fries, because if the chef isn’t blind then he can clearly see that he put crushed up shit on my plate.  The restaurant was going oh so well, until I seen those fucking fries.. 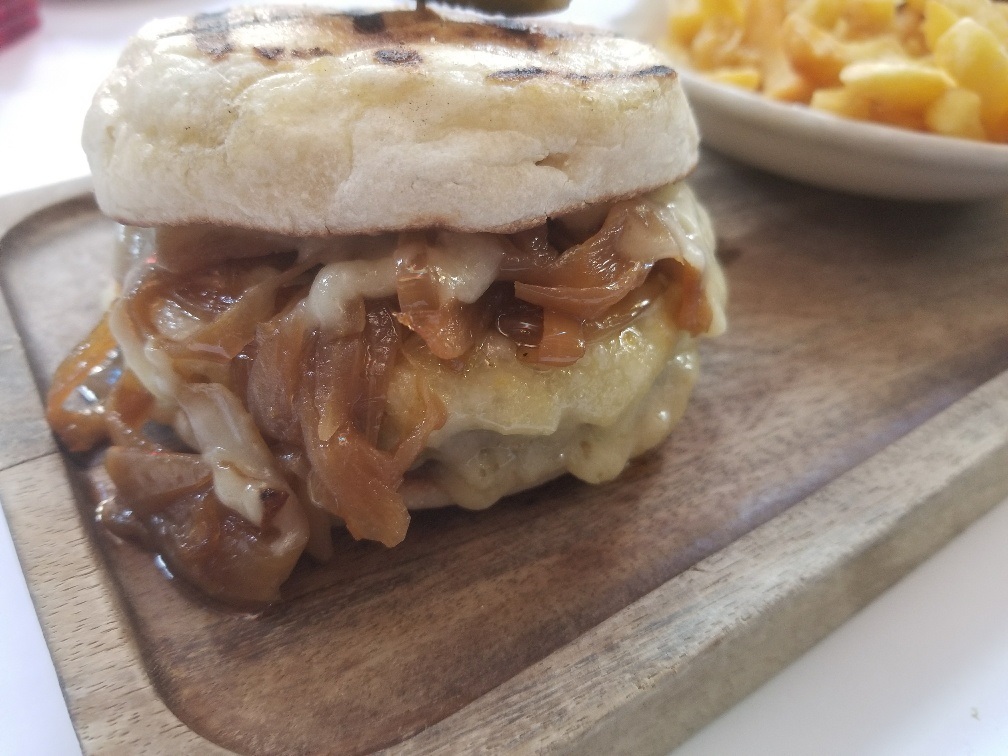 Overall, the restaurant is good.  If you haven’t had escargot or a french onion soup burger, then definitely take the time to go.  But, then again, where will you find those two combos?