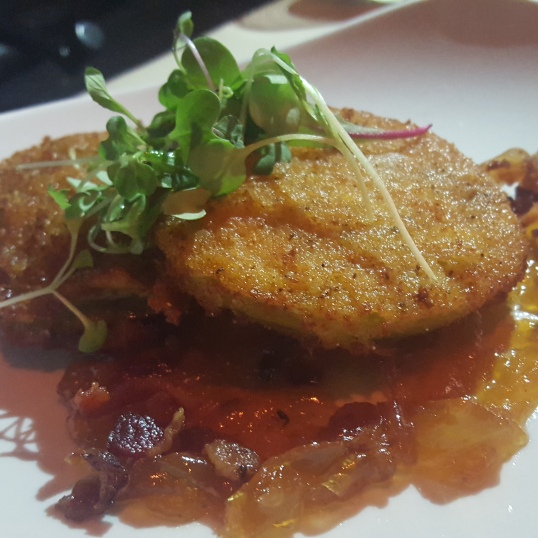 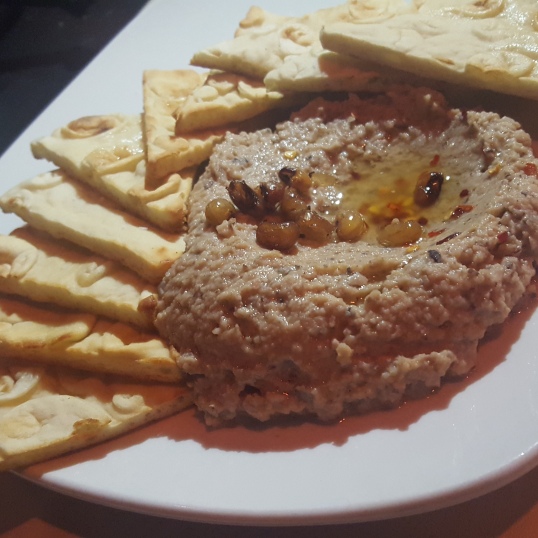 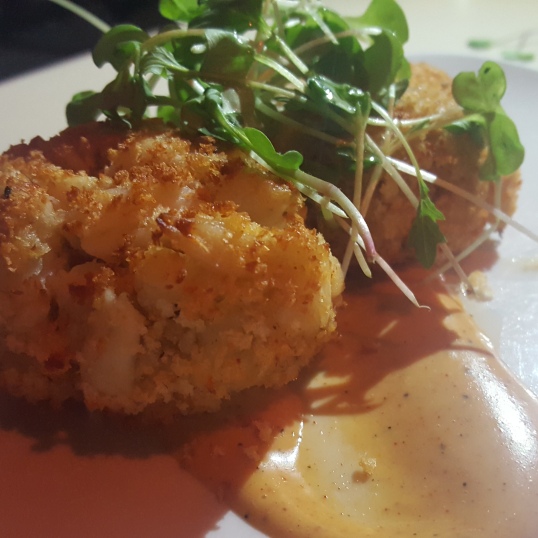 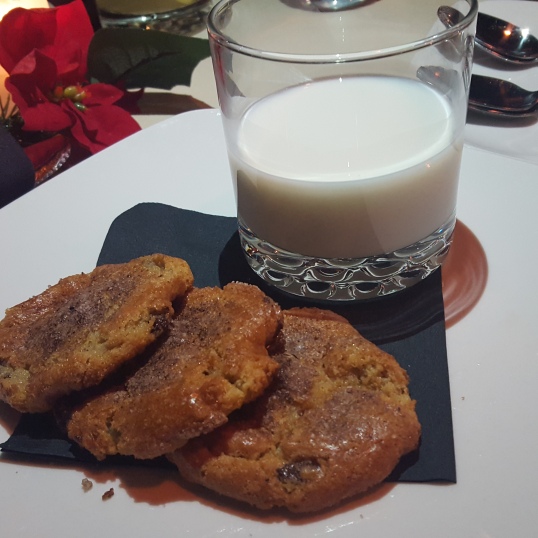 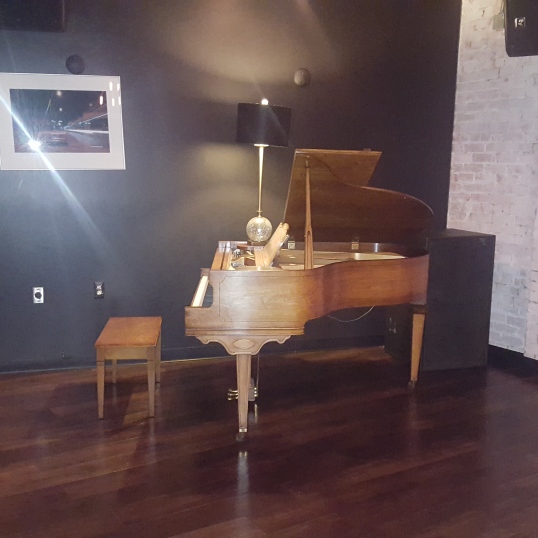 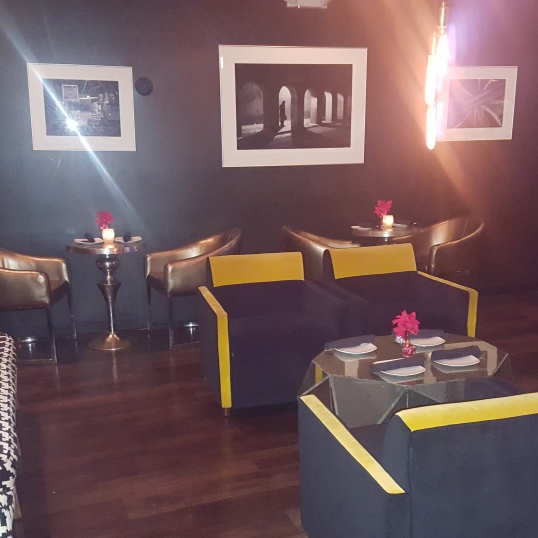 RESTAURANT REVIEW : Indescribable. Transcendental. Ethereal. Okay, you got me.  I had no idea what ethereal was until I googled synonyms to describe how amazing this restaurant is.  Learning experiences don’t stop, especially for SavannahBlue.  This restaurant prides itself on exploring new ways to experience upscale African-American cuisine in Detroit.  What I found out to be the most interesting part of this establishment is that the management team are young African-Americans under the age of 30.  Thor Jones, who is the general manager of the establishment, is an alumna of Howard University, one of the most prestigious HBCU’s (Historically Black College University) in the United States.  Cedric Andrews, the executive chef, spent most of his time traveling from state to state exploring different spices and ingredients to incorporate to everyday foods.  Lee Campbell, assistant manager, defines the word “hospitality”.  His knowledge of the restaurant industry along with his passion to set a standard on how people are treated when they walk into Savannahblue is unprecedented. Did I mention that all of these individuals are under 30 years old?  We live in a time where young African-American men are plagued with negative stereotypes so it was more than refreshing to walk in and see the professional leadership be led by these young men.  The restaurant is located in Times Square, which is in downtown Detroit, a perfect location for travelers and individuals looking for an amazing meal.

Let’s discuss dinner options shall we?  The menu items are consistent with the African-American culture with things ranging from Black-Eyed Peas to Shrimp And Grits.  Now, generally when walking into an establishment with African-American roots, you think of your typical southern foods.  Fried Chicken, Collard Greens, Candied Yams, and Macaroni and Cheese are all expectations of a regular menu.  But, what if you added a twist to these items?  Creating a hummus made out of black-eyed peas?  Or making Oxtail with Shaved Sweet Potato Toppings?  That’s exactly what Executive Chef Cedric Andrews decided to do. He took an inclusive approach meeting with his entire staff which included everyone from his sous chef down to his wait staff.

Because I don’t have the opportunity to travel to Detroit as much as I’d like to I decided to order 6-8 items off of the menu.  The first item that was ordered was the “Georgian Hummus”.  The hummus consisted of Black-Eyed Peas, Roasted Garlic, Vegetable Stock, and Tomato ChowChow.  I’ve had hummus before, generally at Mediterranean/Middle Eastern restaurants, but never at an African-American establishment.  This hummus was the best hummus I’ve ever had in my life.  It was smooth, but had the texture of perfectly cooked black-eyed peas.  The hummus is served with pita bread, but I could literally eat it by itself.  Who would’ve ever thought to make a hummus involving black-eyed peas?  This dish definitely stuck with its roots by incorporating culture with fine-dining.  I was beyond impressed with the consistency that this hummus had, and I enjoyed it so much I’m thinking of writing a letter to the chef asking him to mail me a bowl of it!

The next two appetizers were the Fried Green Tomatoes with Onion Bacon Jam and Crab Cakes.  I’ve had Fried Green Tomatoes before, whether it’s on the bottom of shrimp and grits or accompanied with bacon and eggs, but never before have I had them with an Onion Bacon Jam. If I could, I would ask the chef to provide me with so much Onion Bacon Jam that it would last me for weeks.  This was possibly the best garnish I’ve ever tasted on an item…. EVER.  It was packed with full of flavors.  The sweetness of the jam and the smokiness of the relish was the perfect mixture to create this perfect topping.  The fried green tomatoes of course were fried to perfection, but it was the bacon onion jam that topped it off.  This was definitely a favorite and I would suggest that you get it even if it’s not on your radar.  The last appetizer that was chosen is the crab cake.  The crab cake was broiled, little to no filler, and was packed with crab meat.  The remoulade sauce was a perfect accompaniment for the seafood dish as well.  If you’re looking for a good crab cake appetizer, then this is the place you’d want to be.  You may want to ask for more remoulade sauce though, not because they don’t give you enough, but because it’s THAT GOOD!

Dinner:  Yes, the main event. The chef was running a special today on their fried catfish which consisted of Caribbean Rice cooked with coconut milk presented in a traditional “Peas and Rice” fashion.  The sauce was a “unbraised”jerk (which is actually a green sauce, I didn’t know that, I thought it was always brown) sweet and spicy.  The catfish was fried to perfection and sometimes when I have fried catfish you can taste the corn meal on it but in this case it was nothing but fish.  It was properly seasoned, tender, and I’d have to find another synonym to describe another word to complete this dish, but by now I think you understand how I feel.  If this dish is offered as a special from Chef, please try it, you won’t be disappointed.

The next item for dinner was the Braised Oxtail with Cheddar Risotto and Spinach.  I had to have this item because oxtail isn’t something that I get everyday and to pair it with a risotto was genius!  The oxtail melts in your mouth and the meat falls right off the bone.  These oxtails were HUGE!  It was slightly smaller than a fist if I had to describe it, and if you have small hands add an extra inch to it. The cheddar risotto was perfectly cooked and had the right amount of cheese and consistency to almost identify as grits.  It was creamy, flavorful, and tender.  The spinach was cooked with a garlic infused olive oil.  Now, that doesn’t sound like a big deal, but when you taste it, you’ll understand how huge that is.  Last but not least, we have the sweet potato chips.  The chef prepared these by cutting the potatoes, blanched them in cold water to remove the starch, then proceeded to fry them. UH-MAZING!  There are so many things and words I can use to describe this dish but it wouldn’t justify it.

The last entrée was the shrimp and grits.  Now, shrimp and grits are always a fan favorite, but this had a sauce that tasted like your first love telling you “yes” when you wrote he/she that love letter in elementary school… Or middle school depending on if you were a late bloomer like me.  The sauce was sweet and spicy and the grits were formed into a “grit cake” or as chef says a Gratin.  The sauce was a gravy instead of using the traditional ingredients such as butter, cream, etc. and other unique ingredients were added.  Crimini mushrooms, andouille sausage, and tomatoes were also added to bring out more flavors of this dish.  This was one of my favorite dishes in the restaurant other than the hummus that I boasted about earlier.

Dessert:  Now, I usually don’t get dessert because I’m full off of what I ate for the previous courses, but in this case I made an exception.  I had banana foster bread pudding and warm chocolate chip cookies with a glass of milk.  The banana foster bread pudding was paired with vanilla ice cream drizzled with caramel.  It had the right amount of butter in the bread pudding, it was a pretty large portion so if you have a sweet tooth definitely go for this dish.  The Chocolate Chip Cookies were made in house and tasted like they were meant to be put out for Santa Clause to eat.  They were soft, gooey, and packed the right amount of flavors.

Overall if you’re in Detroit and don’t attend this restaurant then this is one of those “bad decisions” that you will regret.  The service is amazing, you’re treated like family when you walk in, and the food is impeccable.  Let me know how what you think when you go!