When you go to brunch does music or a live band bother you?  Some people are more inclined to going to brunch that has an up-tempo, for lack of better words, because the energy is a bit different than being at a regular dine-in restaurant.  I prefer no music, but it doesn’t bother me either way.  I recently seen a video of a Brooklyn restaurant that looked like a full club going on during brunch, and that is NOT my type of scene.  There’s no way I’d want to see twerking while my pancakes are being dropped off at my table.  No ass-syrup for me.

The Promontory, which is located off of Park Avenue, is a modern eatery with a conceptual menu with music.  If it’s nice outside and you have the opportunity to sit outside than it wouldn’t be a bad idea.  The interior of the restaurant has a nice setting as well.  Large windows, an open bar, beautiful china ware, and plants.

During my visit I was able to indulge in two different dishes.  Shrimp N’ Grits and Biscuits N’ Gravy were the two choices of the morning.  The Shrimp N’ Grits consisted of gulf prawns, chow-chow, fried green tomatoes, and okra.  The dish had a lot of flavors which were sweet, tangy, and earthy, but the Prawns were a bit over-cooked.  The presentation was amazing, but the dish needed a bit more work.  It almost tasted as though the grits sat for a while before being delivered to me, because they were a bit lumpy instead of being creamy.  The chow chow, which is a southern relish, was good but the grits and Prawns made it challenging to see the value in it because they were over-cooked. 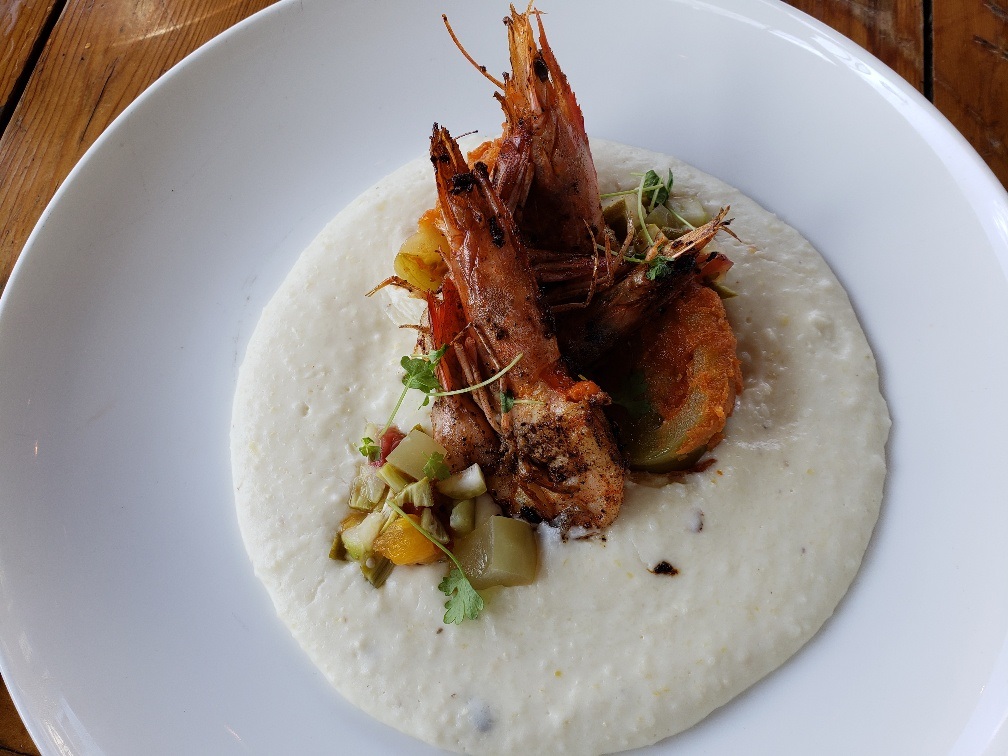 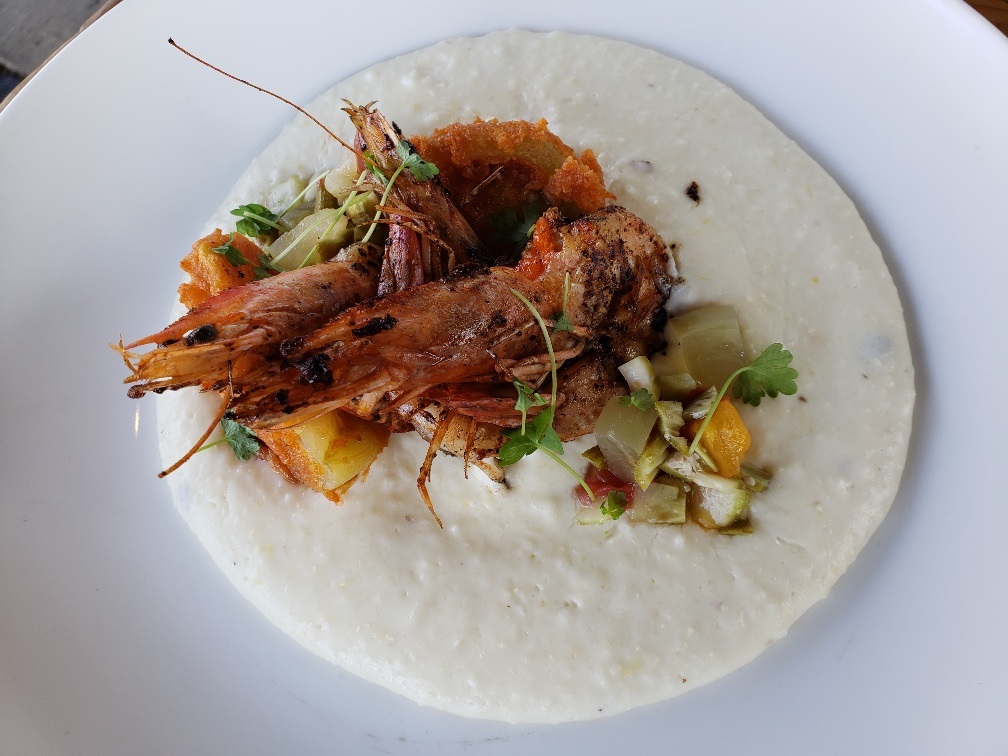 Biscuits N’ Gravy were the next choice.  It consisted of breakfast sausage gravy, crispy sage, and house buttermilk biscuits.  The biscuits were stunning.  They were soft, fresh, buttery and the sausage gravy was homemade.  What I enjoyed most about this dish was the Crispy Sage that it was topped with.  I’ve never had Crispy Sage on top of Biscuits, but it worked really well with the salty taste.  Sage usually has a pungent taste so I’m glad it was included with the Sausage Gravy.  I would’ve loved to see this dish topped with an over-easy egg so that the yolk could mix in with the dish, but I’m not the chef.

Overall, this restaurant is a pass.  If you’re in the area and have nothing else to do than check it out, otherwise I’d try a different Chicago restaurant.