No, not the instrument you use to crush your and grind your subtances into powder, I’m talking about a brunch spot off of North Broadway in Chicago, IL.  (For those who didn’t catch the corny joke Mortars & Pestles is what I was referring to.  Use Google, it’s free)  It’s so challenging trying to find a brunch spot worth going to in any area because the menus are so limited.  You can always get eggs, waffles, and toast somewhere, but how they make it is key.  Just because you like steak doesn’t mean you’re not going to stop going to all the different steak houses in the area, right? 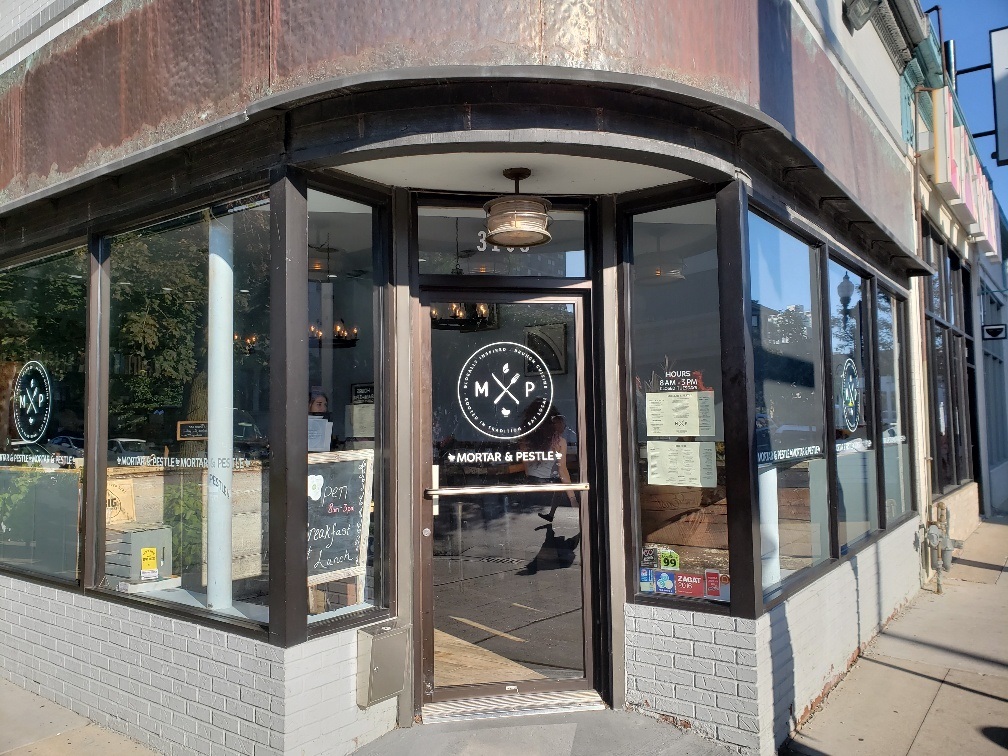 Mortar & Pestle, which is located off of North Broadway, is a Globally accented American restaurant that specializes in brunch.  They are walk in only so when you do decide to go make sure you get there as soon as possible.  The interior is rustic and cozy, which looks like it can seat anywhere from 30 to 40 people at once. 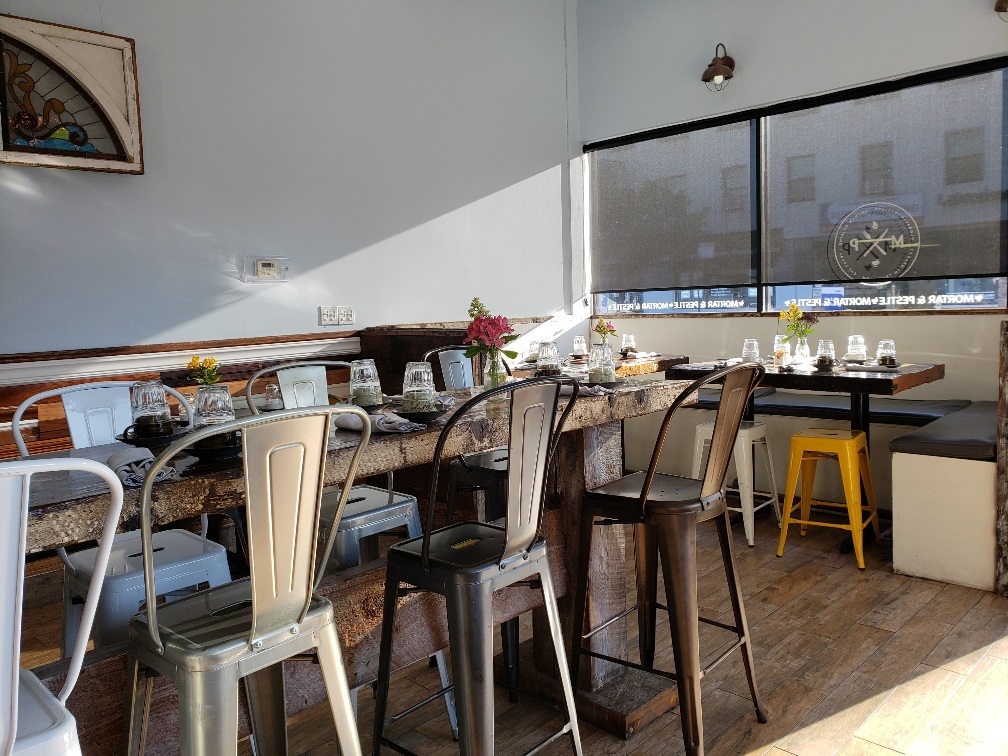 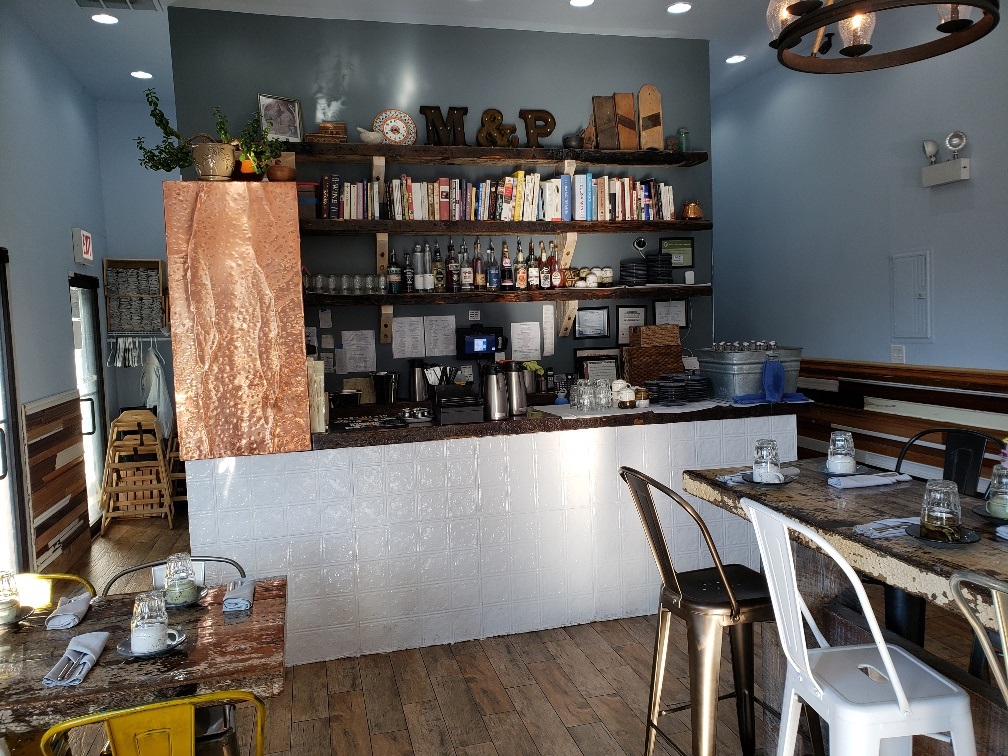 Two items were ordered during my visit.  Alaskan King Crab Benedict and Biscuits and Gravy were the two choices.  The Alaskan King Crab, which consisted of Poached Eggs, Sriracha Hollandaise, Watercress, and an English Muffin.  This was a dish that was savory, buttery, and had a slight kick to it.  The King Crab tasted as though it was cooked with butter which went well with the Poached Egg and Watercress.  The Watercress didn’t have a wilted taste to it because the Sriracha Hollandaise stole the show.  It complimented the entire benedict, and the spiciness that it included stood out. 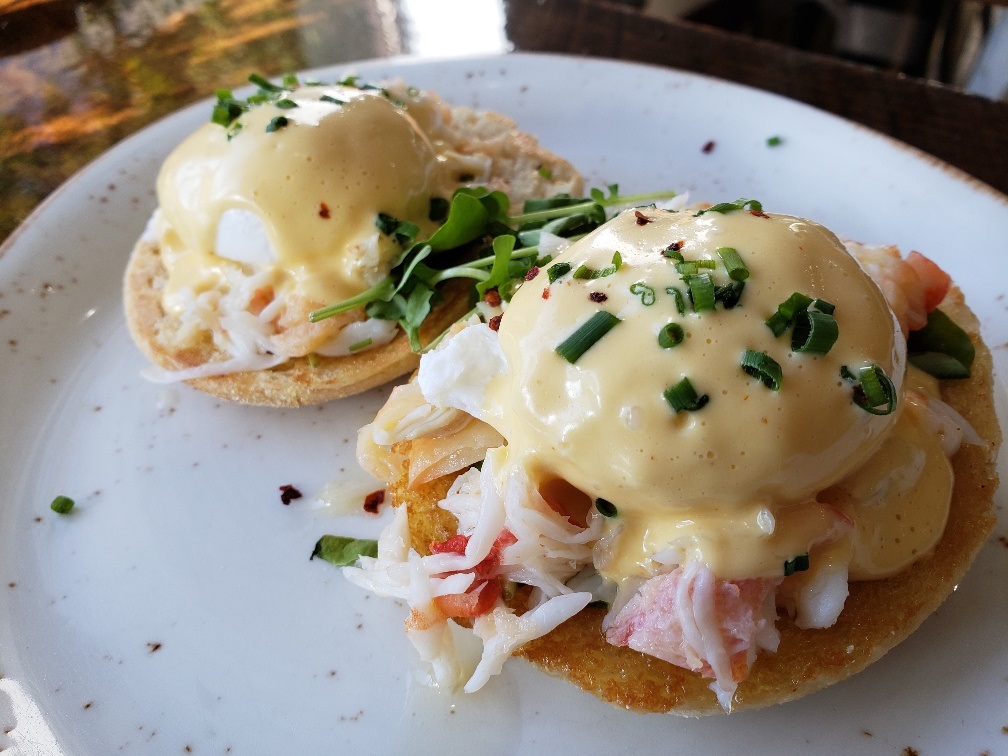 The next dish that was ordered was the Biscuits and Gravy.  It included Housemade Biscuits, Beef & Lamb Merguez Gravy, Aleppo Pepper, and Chives.  You can tell the Biscuits were homemade because of how flaky and soft they were.  The Beef and Lamb Gravy was also a hit that helped give off a fatty taste with each bite.  The Aleppo Pepper wasn’t as spicy as I thought it’d be, but it was missing consistency as there were a few lumps throughout the gravy.  The chives gave it a subtle onion flavor, but it worked well with the taste of the Beef and Lamb gravy.

Overall, this restaurant is a go-to.  There are hundreds of brunch places you can choose in Chicago, so if you decide to go to another place, just make sure you’re making a sound decision.  You’ll be disappointed that you didn’t try this one.