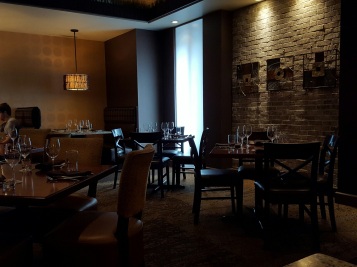 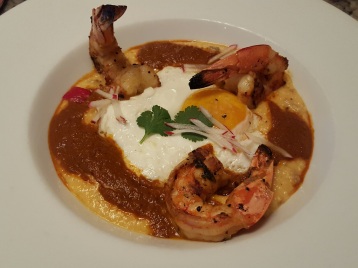 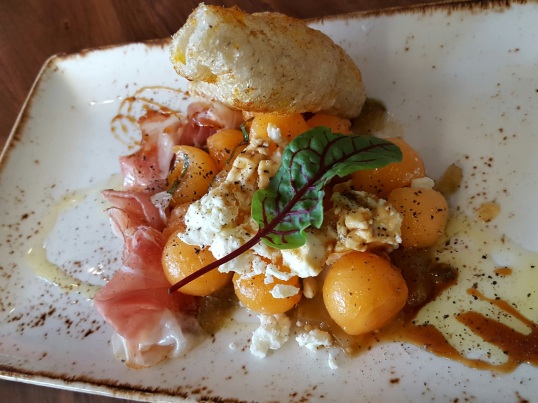 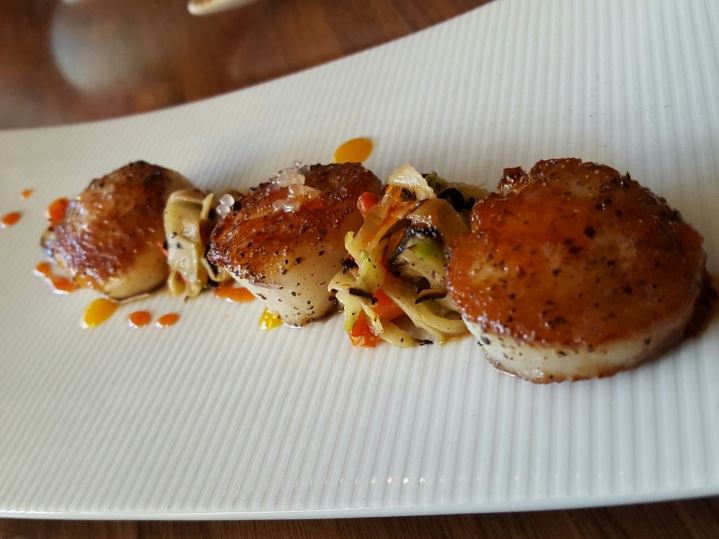 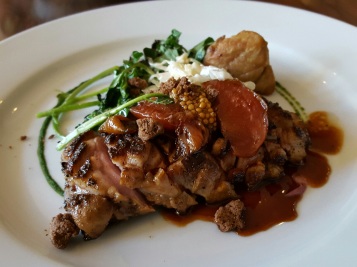 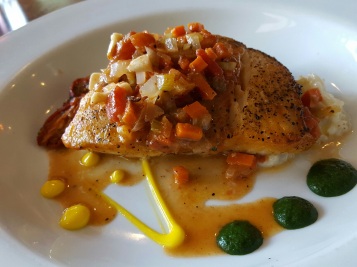 Dinner:  I decided to eat at this restaurant called Vida.  The reason for my choice in this restaurant was I could actually eat something I’ve never had before.  During my traveling experience I noticed that most of the restaurants looked as though they could’ve been homes previously.  I thought that was pretty neat and different.  The inside of the restaurant is beautiful!  You walk in to see a chef cutting fresh veggies and preparing herbs.  You also see a full garden hanging on the wall of fresh herbs and some vegetables.  The aroma of the restaurant smelled like fresh vegetables and that was one of the reasons in my opinion.  For my dish(es) at this restaurant, I opted for what I would call a taste testing menu.  See something you’d like? Order it, and taste it!  A little different from your 5 course meal.  The five dishes that were ordered were Spec, wait… What’s spec? I’m going to get to that… Just keep reading, please 🙂 Chowder, Scallops, Duck Pastrami, and Halibut.  Decker Melon and Speck was my first dish.  It included speck, bbq spiced pork rind (brings me to my teenage years when I used to eat pork rinds), feta cheese, and chow chow.  So.. What exactly is speck?  “Speck is a cured meat native to the Tyrol, a region which spans part of Northern Italy and Southern Austria”  What does that mean in english?  It looks like prosciutto or pancetta and taste exactly like it too but with a hint of more smokiness. This is definitely an acquired taste, as it would NOT be something I would order again but I would encourage you to try it.  The pork rind brought back so many memories, in fact, I’m going home to look for pork rinds, but do they still make em?  The second dish was chowder, which included lobster clams, corn, bacon, and truffle.  The chowder was blah.  Nothing more, nothing less. The second dish was scallops.  Yes, I know I said second dish twice but I figured the chowder was so bland that I would forget it.  The scallops were seared with mango, chayote squash slaw, and chili gastrique.  All fancy words, which means pan seared scallops with a chipolte cole slaw.  I loved this dish as the scallops were perfectly seasoned and not too mushy in the inside.  They were nice and form and perfectly seared on both sides.  I love scallops so I would’ve been disappointed if they were overcooked.  The third dish was the duck pastrami which included sweetbread and a sauerkraut remoulade.  The duck was perfectly cooked and perfectly seasoned.  I order my duck medium because I can fathom a little blood, but it was tender, moist, and easy to devour.  The sauerkraut that came with it was a nice accompaniment.  It was almost like cole slaw to go next to your “smokey flavored” meat.  This is a dish that I would order consistently if I came back to this restaurant.  The next dish was a healthy size Halibut.  They were really generous with the size of the halibut.  It came with risotto, tomato, and saffron aioli.  This would be a dish I would consistently order as well, as it’s meaty and flaky.  I have nothing negative to say about this restaurant as I’d give it a 4.7 out of 5.  Why not a 5?  What was blah? 🙂

Mesh- Stuck On The Runway