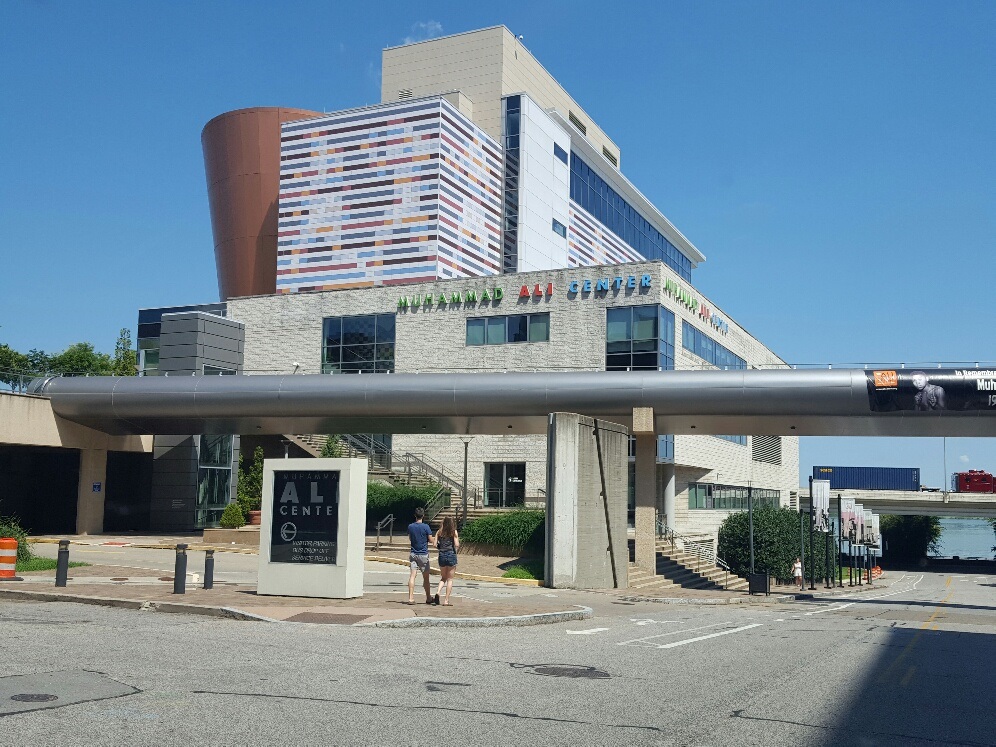 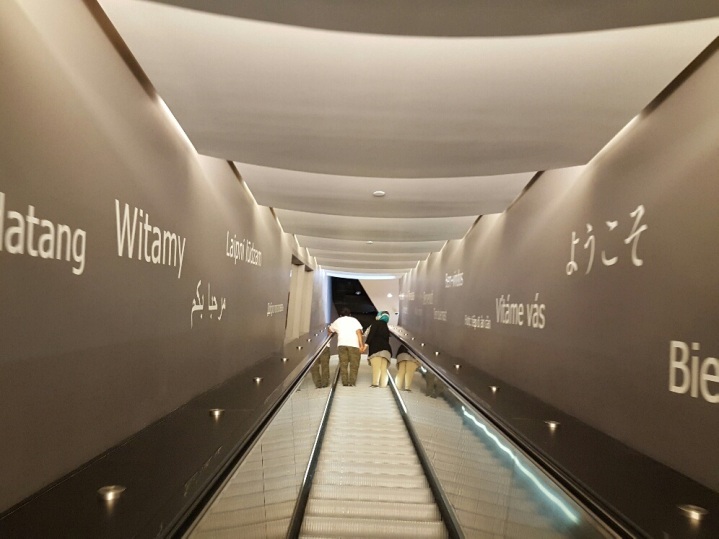 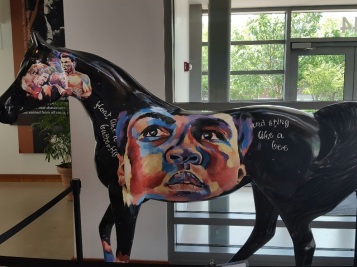 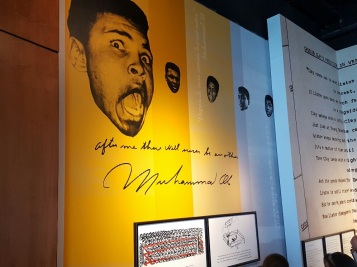 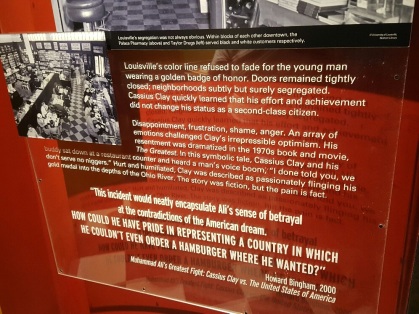 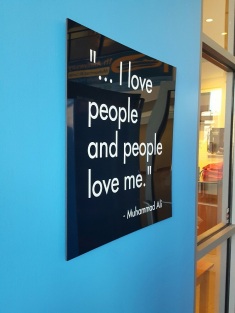 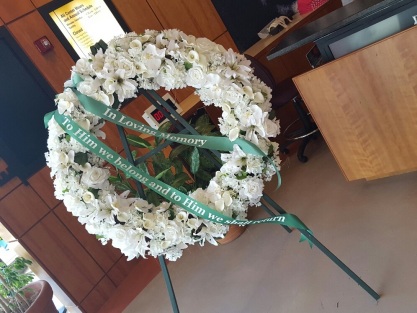 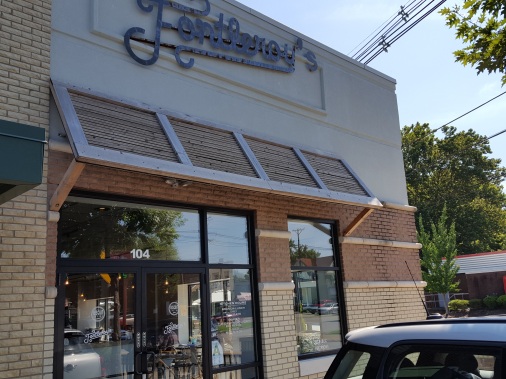 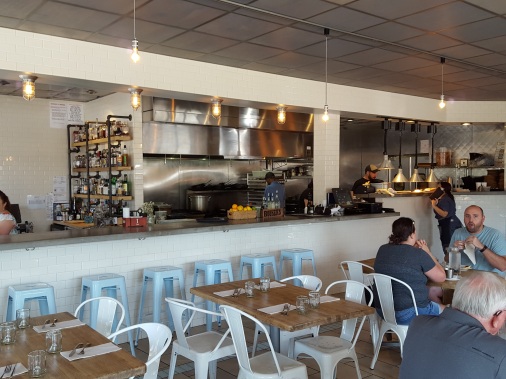 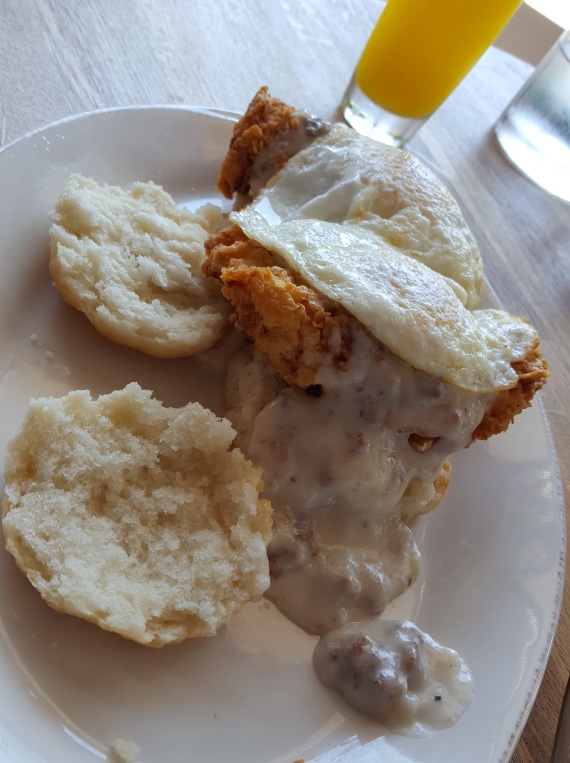 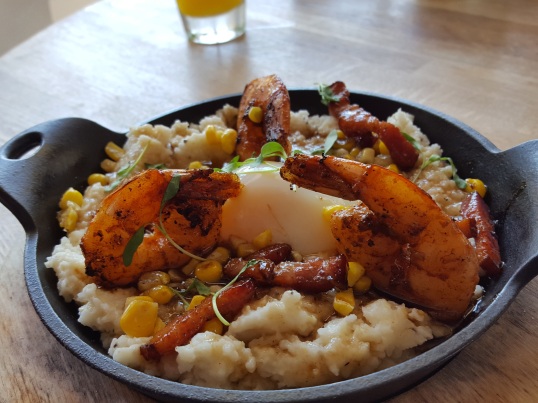 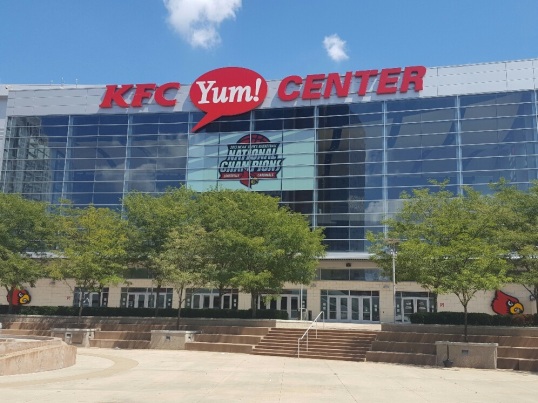 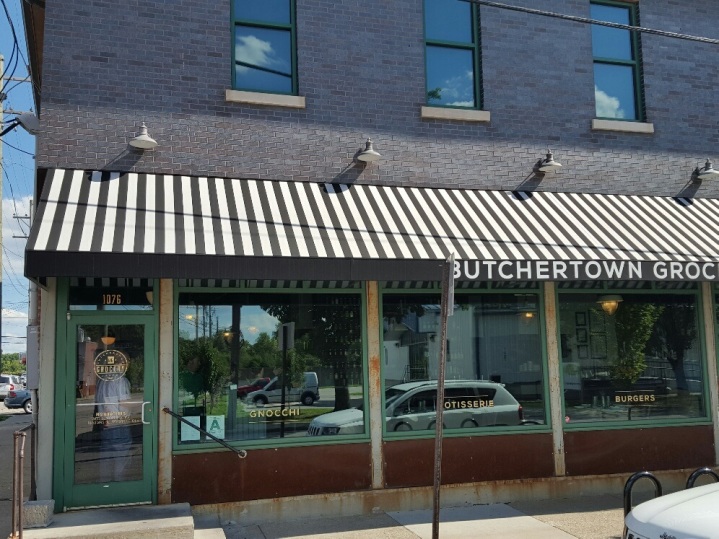 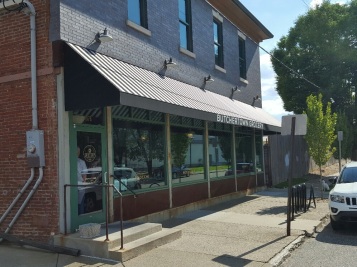 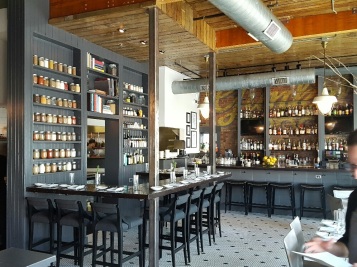 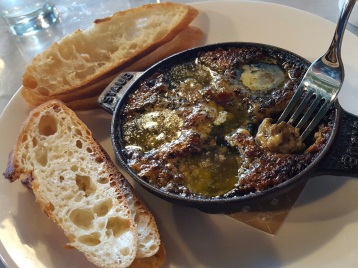 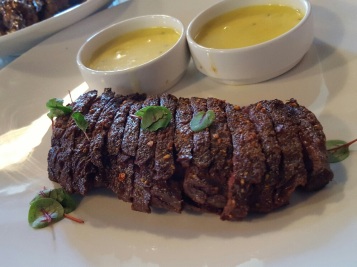 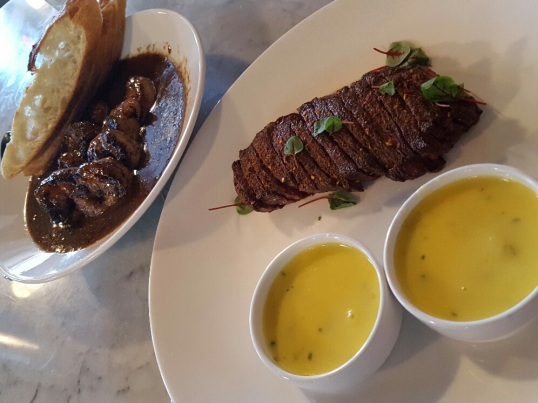 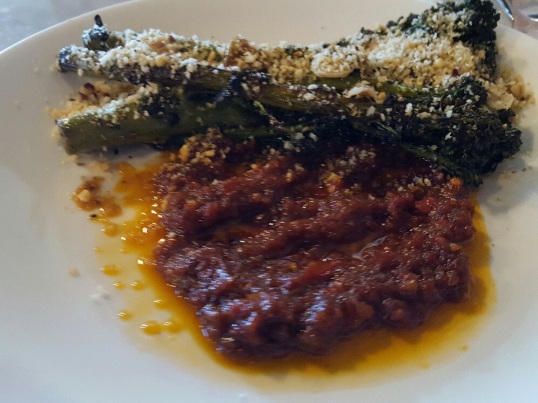 (Dinner):  Am I the only one that gets hungry after seeing a movie?  I don’t know what it is or why, but I do. Hey, don’t judge!  I decided to visit this restaurant called Buchertown Grocery, NO, it’s not an actually grocery but I wonder where they got the name from.  This restaurant on the outside looked like a single family home, so I didn’t know what to expect.  Never judge a book by its cover, right?  The interior was pretty nice.  This wasn’t a spacious restaurant but I would say this is a “date night” restaurant.  One of the main reasons I decided to come to this restaurant because it offered escargot.  For those who don’t know what escargot is, in English it means snails.  I’ve gone to plenty of restaurants that offered escargot but I never ordered it.  Today, I finally found the courage to “challenge” myself to “conquer” this meal.  (Ali references….) I ordered the basil-fed escargot for starters which came covered in an herb butter and topped with gruyere cheese.  What did I think of it?  Not bad at all! It had the texture of a stuffed mushroom and would be something I would order again.  A friend told me that they put it in a bunch of herb butter to “enhance” the flavor, aka “hide what it really taste like”.  The main dish or dishes for the evening was the New Orleans BBQ Shrimp and the Steak Frites served with black truffle bearnaise sauce.  The barbecue shrimp was a little spicy but packed alot of flavor.  The steak was cooked well and they offered a generous portion to be topped with the black truffle bernaise sauce.  There was another item on this item called “cauliflower steak” which I thought a piece of steak was covered in cauliflower.  I asked the waiter what it was and he told me it’s an actual huge piece of cauliflower.  If I see that on the menu somewhere else, I’m going to order it.  I would say if you were a vegetarian to order the dish.  I have full confidence that all of the items offered on the menu are worth trying as I was very pleased with the items I ordered.  I try to eat steak once a month, so I probably won’t order another one until sometime in September which is fine with me.  Overall this restaurant I’d give it a 5.  This maybe my first 5 out 5 rating but they earned it.  To top it off, they provide you with a “post card” at the end of your meal for you to write a note to someone, requesting that they join you the next time that you come to the restaurant, which they mail off to the person for you.  I thought that was pretty cool and memorable.