By savortrav in beef, crab, dinner, Macaroni and Cheese, seafood, Stuck On The RunWay, truffle, Virginia on January 2, 2019January 2, 2019
One comment

Sorry guys and gals, I’ve had writers block for about two months.  No, just kidding.  I honestly don’t even know what that means.  Hold on….  (“Writer’s block is a condition, primarily associated with writing, in which an author loses the ability to produce new work, or experiences a creative slowdown”)  Creative slowdown?  I suppose that’s what I’ll call it.  I mean, it’s better than saying that I was too lazy to update you guys with a review or two.  But, I’m byke! (Byke=Back for the non-hip people)  A lot of things have happened over the past couple of months.  Haha, no.. I’m lying.  Nothing has happened.  I do have a hell of a plan for 2019 and plan to connect with a bunch of people, so be on the lookout for a message from me!  (Wait, are you reading this?) 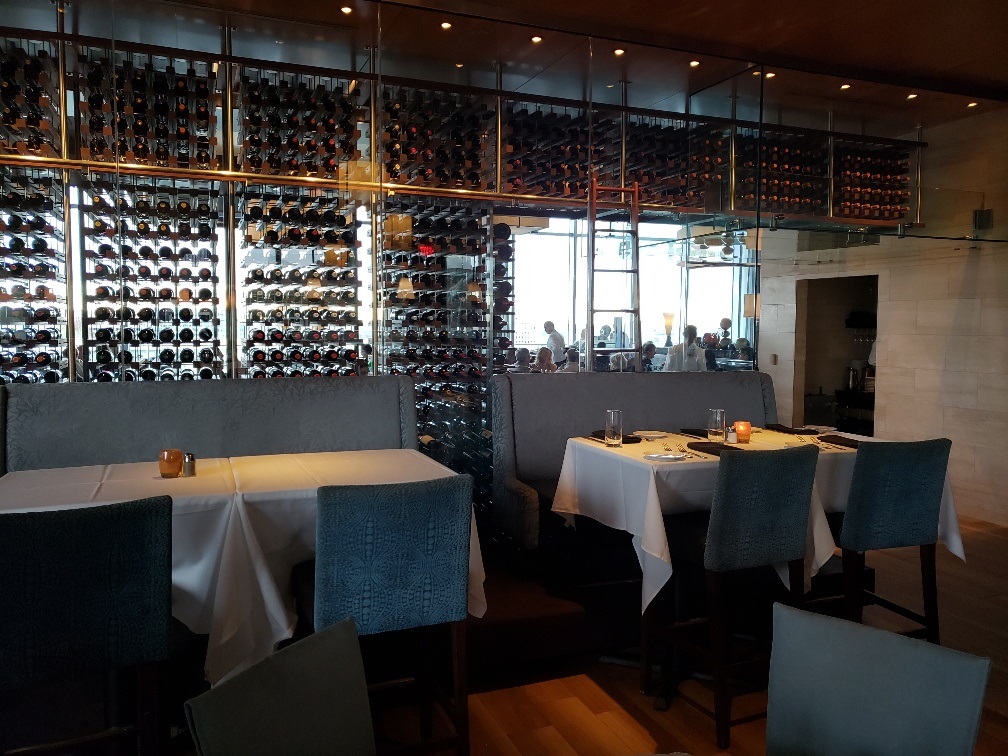 What’s the rules for picking a good steak house?  The steak?  The sides?  Or the notoriety of the establishment?  I have no answer to those questions.  I go into restaurants with an open mind, but if your food looks as though it’s been tossed on a plate like a Shaq free throw, chances are I won’t dine there.  I recently dined at Eddie V’s (and when I say recently, I mean two months ago) and the experience was just like any other steakhouse.  Casual, comfortable, and uneventful.  The service as expected was fair, not too good, not too bad, but fair.  Typical steakhouse behavior.  Blah.

During my visit I was able to indulge in two dishes.  Bacon Wrapped Filet (Oscar Style), Jumbo Shrimp w/ Lump Crab Meat, and Truffle Mac and Cheese.  I’ll start with the Filet.  An 8 oz. Filet prepared at a medium temperature, topped with Crab Meat, Bernaise Sauce, and Asparagus.  If you’re wondering how Oscar Style was created, some guy named King Oscar II was genius enough to top his veal cutlet with some extra ingredients.  Who would’ve thought those same ingredients would be used on a different meat?  I’m glad they are though, sometimes Oscar Style is necessary for a steak that’s not properly seasoned.  This Filet, however, was perfectly seasoned and cooked to perfection.  I’d order this dish again, maybe in two months, because Beef isn’t one of those things that I particularly digest often.  Neither should you.  Don’t debate me.

The next dishes were the Jumbo Shrimp with Truffle Mac and Cheese.  There isn’t much to say about cooked Shrimp.  Either it isn’t cleaned thoroughly, or overly cooked where it becomes rubbery.  Mac and Cheese however can be destroyed in different ways.  Too cheesy, too rubbery, too hard, and not burnt at the top are some examples.  These two dishes would’ve been great if someone decided not to smother it with bread crumbs.  Putting bread crumbs on a dish after it’s complete, is like your on the phone with your significant other saying, “You say bye first”.  The first bye is enough, and when the Shrimp and Macaroni and Cheese came out of its respective stove tops, that was it.  The Black Truffles that were added to the Mac and Cheese were a bit too potent.  You couldn’t actually taste the creaminess of the Macaroni because the Mushroom over-powered it. The Champagne Vinaigrette bread crumbs sounded interesting, so I thought I would give the dish a chance.  Boy was I wrong.  The overall dishes weren’t bad, it’s just the Bread Crumbs seem like such a lazy after-thought that no one was truly thinking when they put it on there. 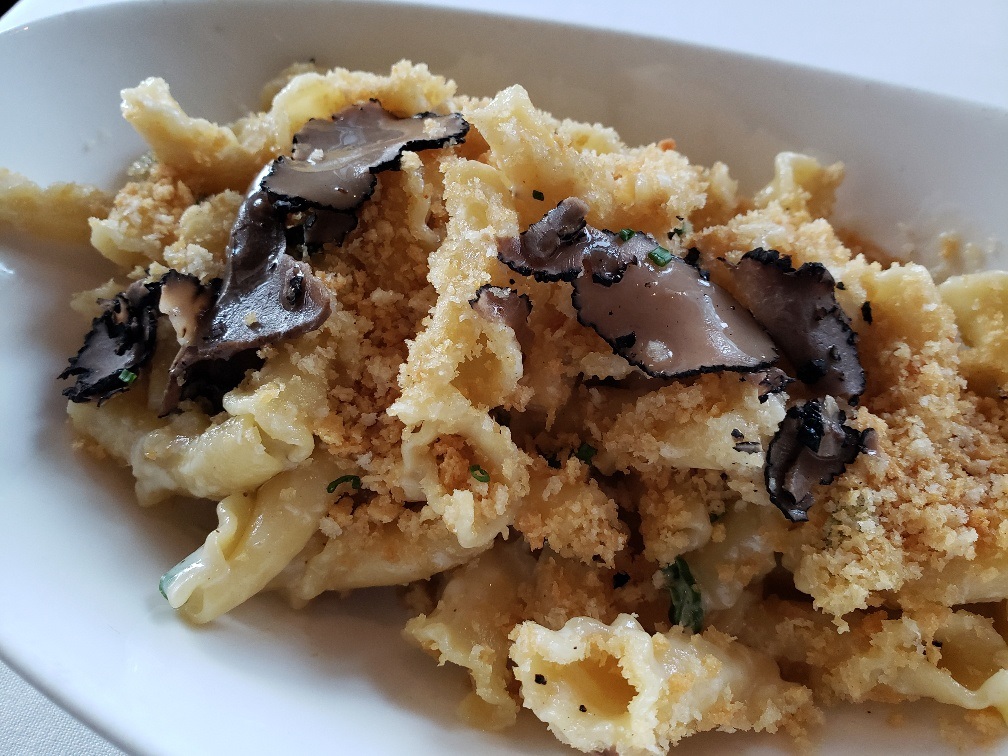 Overall, if you’re in the area, I’d give this restaurant a shot.  Of course, there are plenty of other steak houses to go to, but if you’re in the vicinity check it out.  I wouldn’t necessarily seek this place out, because one steakhouse is just like the next (especially chains) so it’s your call if you decide to go.