When will you stop being afraid of trying new foods?  Is it the texture that throws you off?  Is it the name?  Is it the look?  What can I do to get you to try something new, besides turn you into a character from Bird Box?  I always tell people to make sure they try something new when they go out.  It’s okay to NOT like something, because you’ll know what you didn’t like about it.  Maybe it was the saltiness or it was too tough.  I remind my female friends that when they go out on dates, to make sure they order something that they wouldn’t necessarily order.  No, it doesn’t mean go order the most expensive thing, but at least try the oysters or the rabbit.  It’s not like you’re paying for dinner anyways, right?  And… If you are, you shouldn’t be on that first date.  (Let a gentleman be a gentleman) 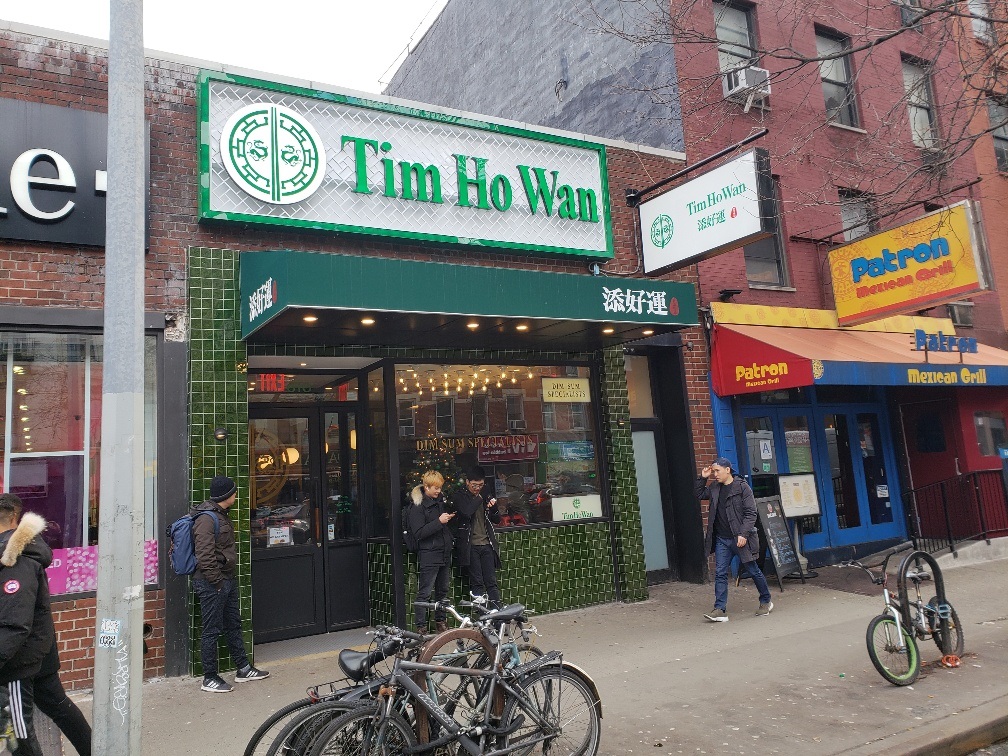 Tim Ho Wan, a Hong-Kong based restaurant that specializes in dim sum.  It is also The World’s Most Inexpensive Awarded Dim Sum Restaurant.  The interior of this establishment is just like any other Dim Sum place you’ve been.  Bright lights, long tables, and a vibrant scene.  During my visit, I was able to indulge in four dishes.  Steamed Rice with Pork Spare Ribs and Chicken Feet, Steamed Rice Rolls with BBQ Pork, Steamed Pork Dumplings with Shrimp Siu Mai and Steamed Beef Ball with Bean Curd Skin.

The Chicken Feet are up first.  I know what you’re thinking, “Why the hell is he eating Chicken Feet?” or “How the hell do you eat Chicken Feet?”  Well, I ordered the Chicken Feet because it’s different and how do you eat them?  Put the whole foot in your mouth, chew, and spit out the bones.  Almost as if you’re eating sunflower seeds.  The meat was a bit too soft for my liking, and tasted as though it was braised.  The Pork Spare Ribs were meaty, flavorful, and helped balance the flavor of the Chicken Feet.  This was a dish that was hearty because it quickly filled me up quicker than I thought it would.  White rice came with this dish and was steamed perfectly and provided the perfect starchiness to the overall dish.

The next couple of dishes consisted of Dumplings.  Steamed Pork Dumplings and Beef Ball with Bean Curd Skin were simply spectacular.  I didn’t know what to think of the Bean Curd Skin Dumplings but I’m glad I ordered them because they were unbelievable.  A bitter but sweet, earthy, and garlic dumpling that melts in your mouth with each bite.  The Dumpling had a soft texture which can be described as a barely cooked meatloaf.  The Pork Siu Mai Dumplings tasted just as you’d expect them too.  A salty, smoky flavor, and a bit of sea taste with each bite.  They were soft, moist, and meaty, and I could go as far as to say they had a rich texture to them as well. 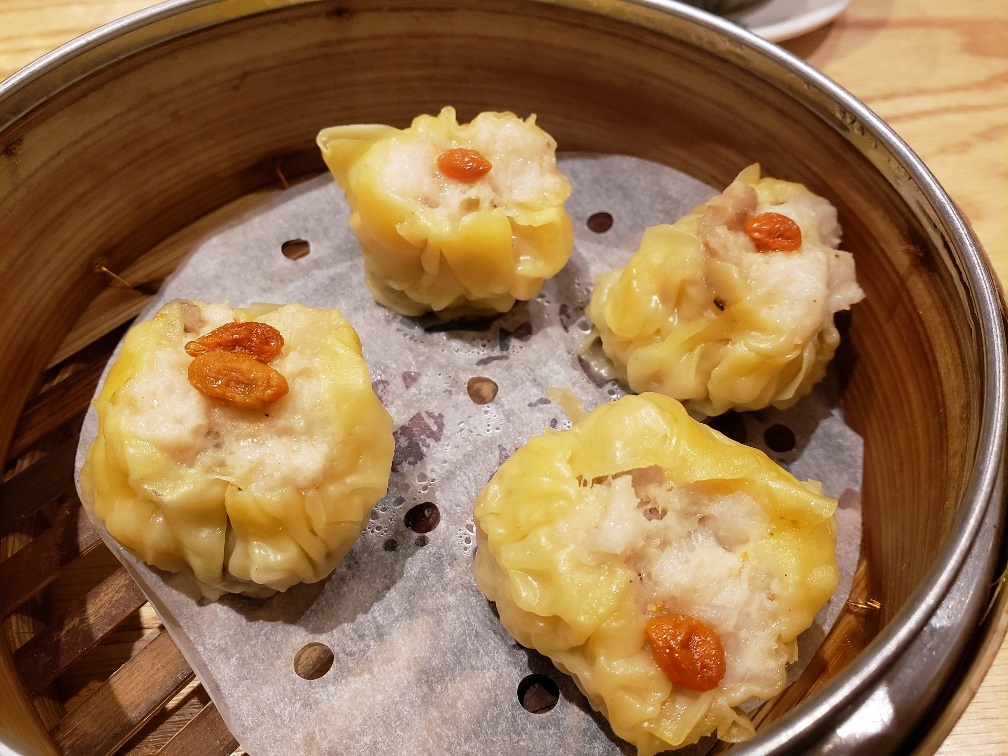 The last dish that was ordered was the Steamed Rice Rolls with BBQ Pork.  This was my least favorite dish because it was a cold dish.  The Rice Roll was cold and the BBQ Pork was a bit warm, but I thought the overall dish would be a hot one.  The Steam Rice Roll was a bit bland and the BBQ Pork didn’t help the overall dish either.  I believe the Roll coated the entire dish that it took away from what the BBQ Pork was supposed to taste like.  This dish wasn’t a favorite because it lacked flavor, temperature wasn’t great, and it was a bit disappointing.  Thankfully, the other dishes that were ordered were so good, that I wasn’t too down about a 3 out of 4 dishes I enjoyed.

Overall, this place is a go-to.  You could literally order the whole restaurant and have change left over.  This is a bang for your buck place.  I’d recommend to go early in the afternoon as the wait time does get a bit long.  I waited an hour, so I spent that time walking up the street to get a Chili Cheese Hot Dog from a street vendor.  I had to do something with that time!  It was either find food, or stare at the menu.  HA.