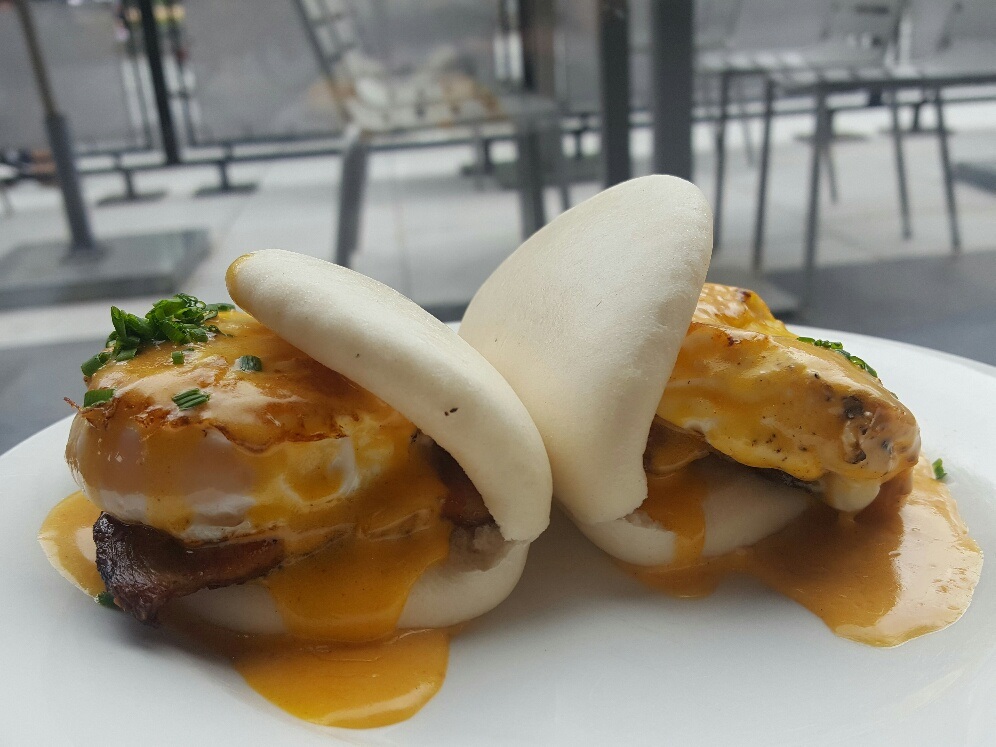 Does D.C. have the best brunch restaurants in the United States? “Pho Sho”. Ok. That was lame, but I’m lame, so I guess it works out for me!  I was trying to find some way to incorporate the words Pho into the beginning and that was the only thing I could come up with.  Pho isn’t one of those things I eat everyday, but I’m starting to find different ways and opportunities where I can get it.  The first time I’ve ever had it was in Las Vegas, at District one where I had a bone marrow Pho.  AH-MAY-ZING!  Momofuku CCDC is the perfect place to eat a nice brunch or even dinner in D.C.  The reason I mentioned brunch is because I went there to experience the restaurant for the first time during brunch hours.  It’s located in City Center a couple blocks away from Chinatown, so if you’re in the mood to shop and you’re looking for something to eat afterwards, this is the perfect place for you.  City Center is known for its high-end luxury stores, and if I could afford it I’d probably shop there too.  I love a well-tailored suit. 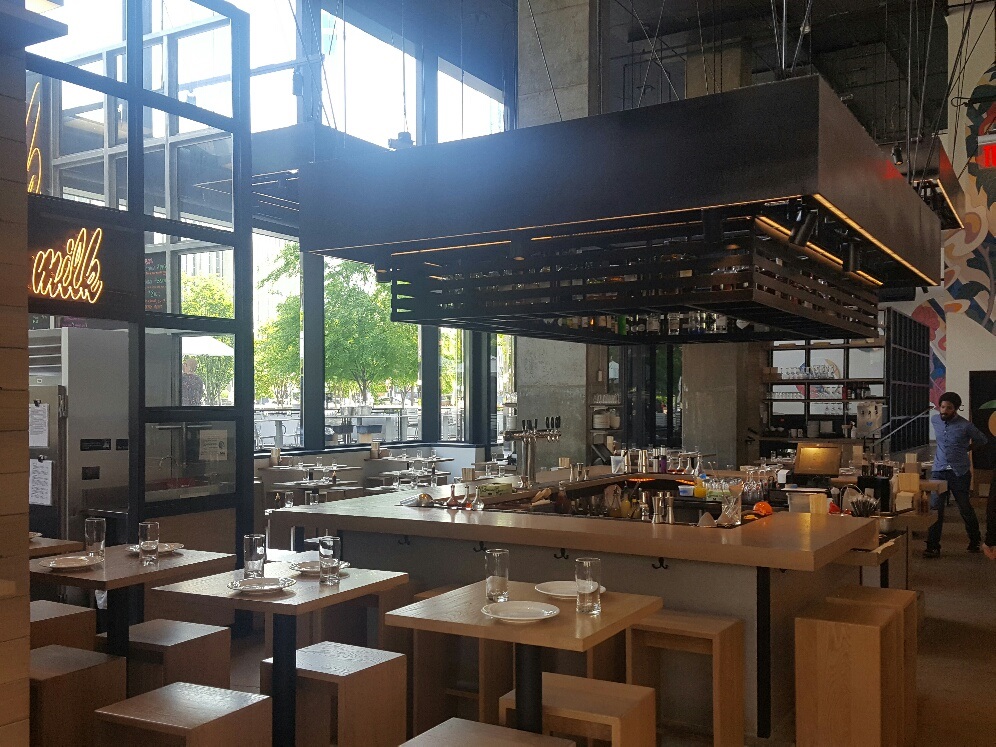 Momofuku CCDC ( and CCDC stands for City Center DC in case you were wondering) is a restaurant that services “american food” but I use that term very loosely because it has Asian-Inspired dishes.  This is one of those restaurants that if you’ve never had Asian-influenced foods then this is the perfect place for you.  What stuck out to me about this restaurant is the prices!  No item on their brunch menu cost over $18 so that’s definitely a plus.  The interior is also beautiful as well, with its huge windows and spacious floors.  When you walk in the entrance you can see the open kitchen area as well.  I’m not sure if I’m the only one that loves open kitchen areas but it always excites me to see a chef at work. 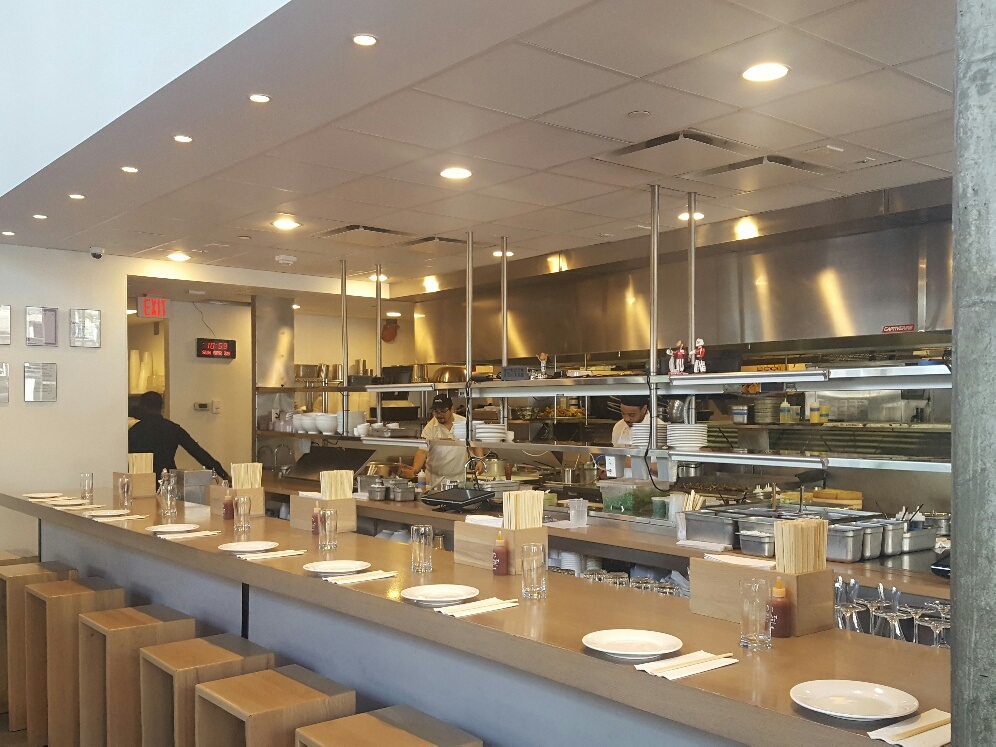 I always have a challenging time deciphering what to order at a restaurant I’ve never been to or haven’t quite researched.  But, everything on the menu sounded so good that I wanted to order the whole left side of the menu.  Or.. Was it because everything was under $18?  The world may never know. (*Licks lolly pop, like the owl*) I started the day off with ordering four different steamed buns and a Fried Chicken Pho!  I wanted to start off with possibly the best Bacon, Egg, and Cheese Sandwich I’ve had in my life.  It was a Steamed Bun with a crispy Pork Belly, over easy egg, and melted cheese.  This buttery, cheesy, and soft concoction of a dish had my mouth-watering before I took a bite.  The pictures of this dish do it no justice, because when I took my last bite I seriously contemplated on buying another one.  If you want to keep it “safe” while you’re eating brunch, this would be the perfect dish for you.

The next Steamed Bun that was ordered was the Chicken Meatball bun.  It consisted of paprika mayo, jalapeno, and iceberg lettuce.  The Chicken Meatball was seasoned well, and the paprika mayo added a hint of spiciness to the dish.  When’s the last time you had a Meatball at a restaurant?  The Meatball was a great choice because it provided fresh, meaty, and a peppery taste that woke my taste buds up even further from the previous dish.  There aren’t too many things I can say about a Chicken Meatball, but I wouldn’t think twice about ordering this dish when you go.

The third Steamed Bun that was ordered was the Brisket Steamed Bun.  It consisted of  horseradish, pickled red onion, and cucumber.  This dish was very refreshing to say the least.  The best part about this bun was the cucumber, believe it or not.  The cucumber was sliced thinly and worked well to accompany the onion flavor of the pickled red onion and the spiciness of the horseradish.  The Brisket was pretty good as well, but I would’ve loved for it to be a little more meat then what was offered to me.  It felt as though I was chewing fat, and even though I love the “fat” on beef, I prefer to eat some meat as well. 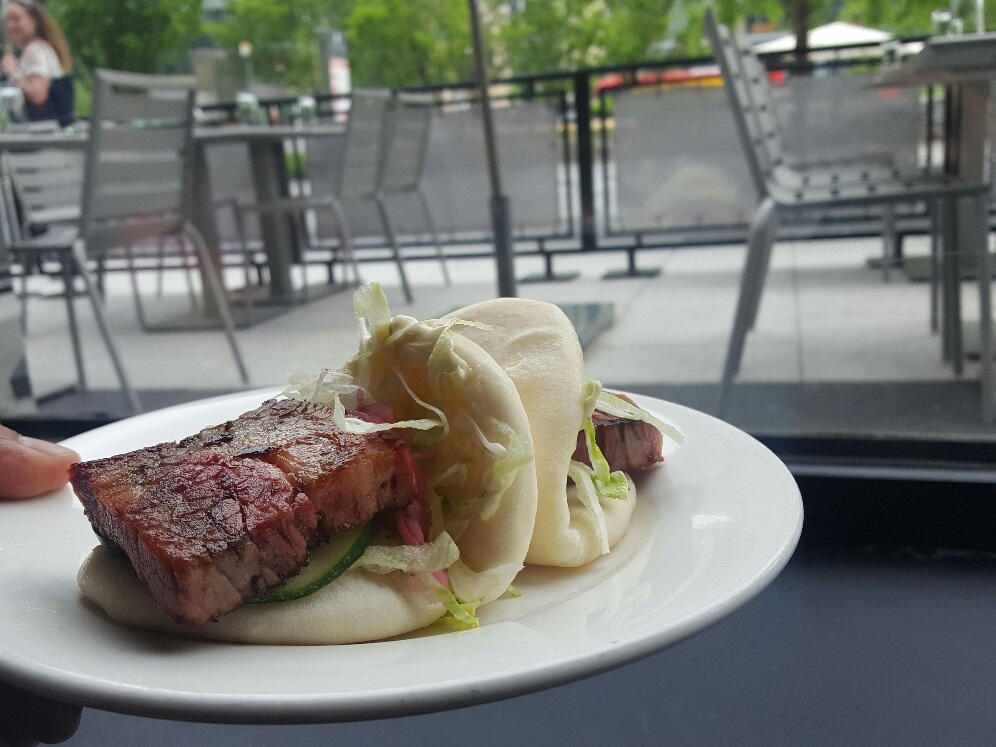 The fourth Steamed Bun that was devoured was the Soft Shell Crab Bun.  I thought I was in Baltimore with the amount of Old Bay, remoulade sauce, and iceberg that was stuffed inside this bun.  Some people are hesitant at the thought of eating a whole crab because we’re so used to picking the meat out of its shell.  I am here to tell you, it’s perfectly fine for you to a soft shell crab in its entirety when it’s fried.  You’ll hardly taste the shell and the crab meat will explode in your mouth with each bite.  If you grew up in the Baltimore, MD area or the “DMV” then you’ll appreciate the amount of Old Bay seasoning they use on their crab as that extra seasoning helps overcome the blandness of the lettuce.  If you want something different but safe, this is the dish for you. 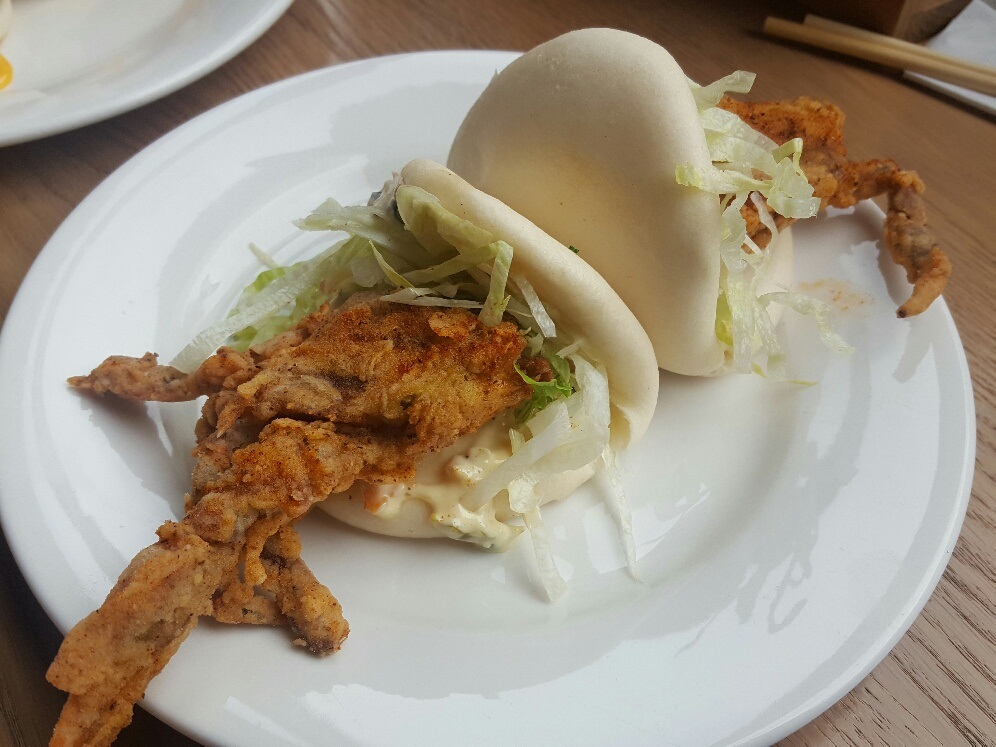 Last but not least, we have the main event.  The Braised Fried Chicken  surrounded with scallions, cabbage, and shallot was extremely flavorful.  The broth was a little sweet but salty at the same time, and the fried chicken still had a crunch to it even though it was surrounded by broth.  I was worried that the fried chicken would lose its crispness, but sadly I was wrong.  The cabbage that was provided didn’t overpower the dish and the shallots and scallions worked very well with each other. You would think both of those onions would over power the dish, but interestingly enough they worked well together.  This is definitely a dish to order a cold winter day, but I wouldn’t look at you differently if you ordered it this summer.

Overall, if you’re looking for an inexpensive brunch to go to in the Washington, D.C. area, this is the place for you.  The buns are the most soft buns I’ve ever eaten and the flavors with each bun will excite you.  When you go let me know what you think about it!