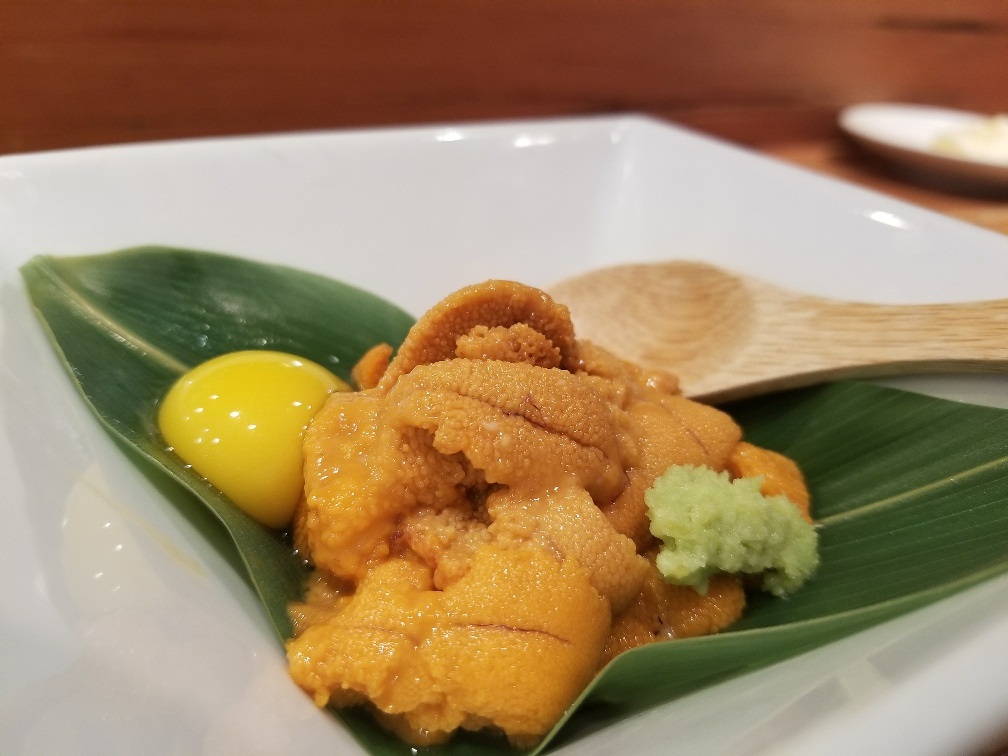 I wish that I had the opportunity to eat at different restaurants growing up to experience different cuisines and techniques of cooking.  I firmly believe the more you experience growing up, the better you’ll be able to explain things if ever questioned.  I have a personal goal to experience as many restaurants as possible, with the majority of them offering cuisines I’ve never tried before.  If you would’ve asked 18 year old me what was my favorite Japanese restaurant, I would’ve said “Benihana” because that’s the only one I knew.  Being from a traditional African-American family, we didn’t “step outside the box” alot when it came to trying different things. 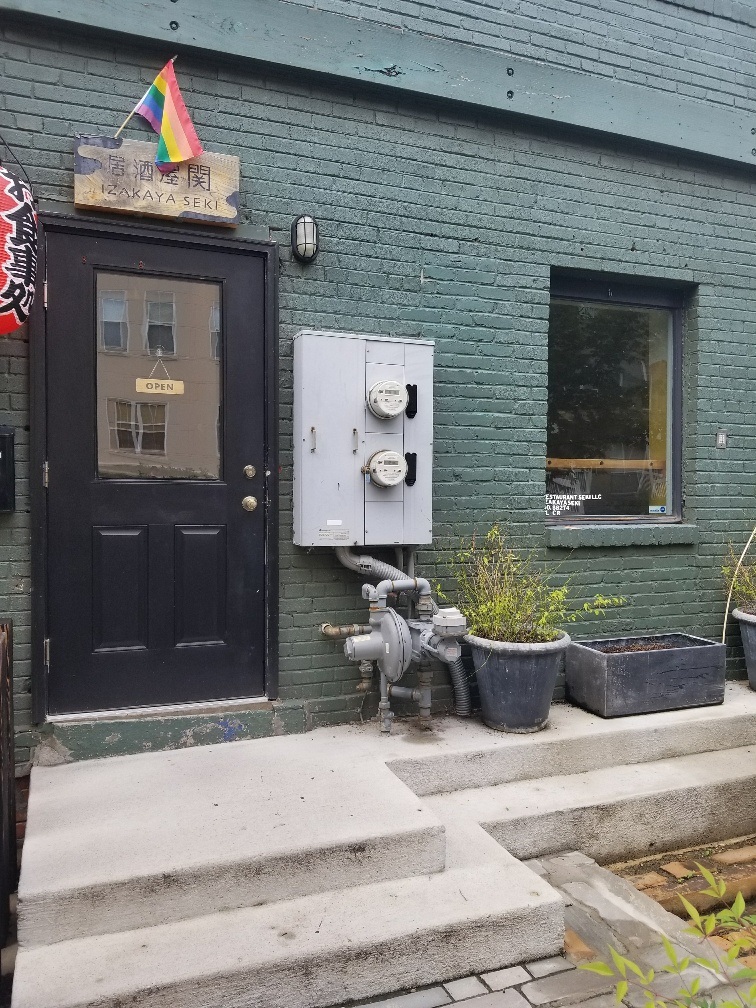 This restaurant was recommended by one of my favorite food’stagramers on Instagram.  He informed me that this was one of his favorite restaurants, and being as though he has a healthy palette I wouldn’t dare question his judgement.  Izakaya is a Japanese restaurant that specializes in small plates and noodle dishes.  A couple of items on the menu interested me so I figured I’d give it a shot.  The restaurant is a small quaint place located off of V St. in Washington, D.C.  If you didn’t directly search for this restaurant, you’d never know it was there.  The restaurant has an upstairs and a downstairs, but I decided to eat downstairs at the “chefs table” where I was able to see the chef and cooks prepare the dishes.

Several dishes were ordered ranging from Uni to Fried Octopus.  The first dish that was ordered was the Uni With Quail Eggs.  Have you ever had uni?  Uni comes from a Sea Urchins gonads.  It has a mushy texture but is sweet and is definitely an acquired taste.  The Quail Egg Yolk complimented the Uni well, because once you mix them together you get the bland taste of the egg yolk complimented with the sweet taste of the Uni and it’ll make an awesome spread for toast.  Unfortunately, the dish doesn’t come with toast, but it taste well enough to eat by itself.  If you’re looking for a texture dish than this is the dish for you.

The second dish that was ordered was the Masaba.  It taste like a Mackarel which is a sweet fish.  It is generally served raw with miso, sake, ginger, and/or soy sauce.  It was served with Wasabi, but I ate the fish by itself.  I was expecting it to come with rice, like a Negril, but the menu definitely didn’t say “negril” so that’s my stupidity on not reading exactly what I ordered.  The fish taste good though.

The third dish that was ordered was the Whole Sureme Squid.  If you love a presentation than this dish is for you.  It doesn’t hurt that the Squid was grilled to perfection and complimented with a sweet soy sauce.  This dish along with another of your choice will definitely fill you up, but I’m addicted to squid and/or calamari so if it’s on the menu chances are I will order it.  The Squid wasn’t too rubbery and it melted in your mouth with each bite. 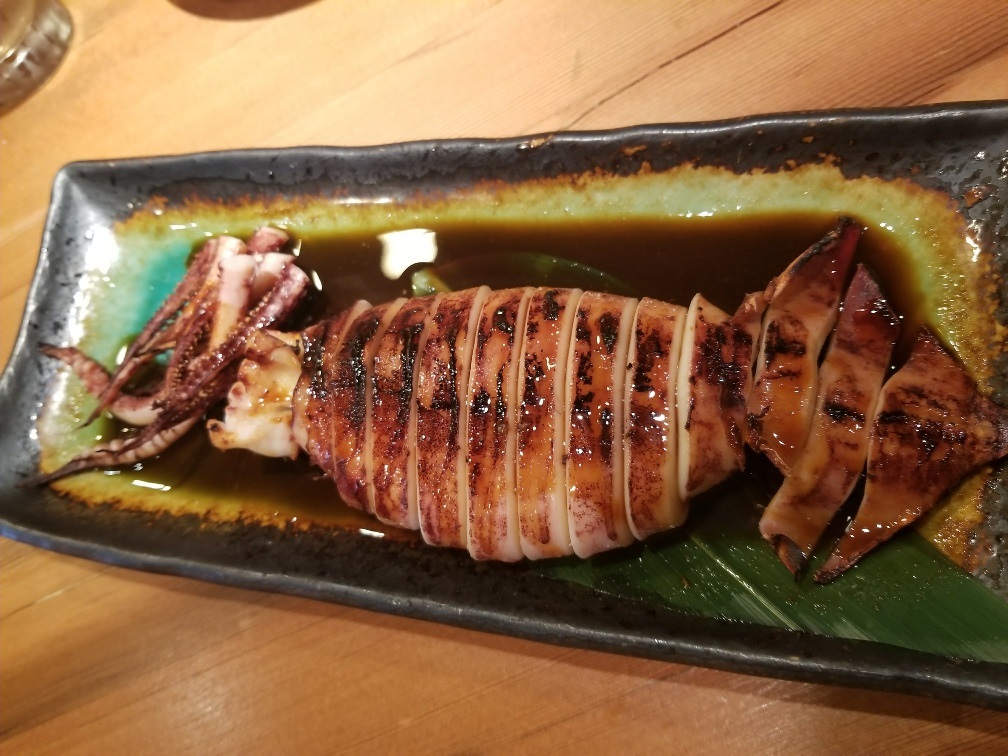 The fourth dish that was ordered was the Baby Octopus.  The octopus was fried and provided a taste similar to fried Calamari.  It was my first time having Fried Octopus, but I’m glad I ordered it.  There’s not too much I can say about this dish because it was so similar to calamari.   Calamari has the same texture as Squid.  (See above) 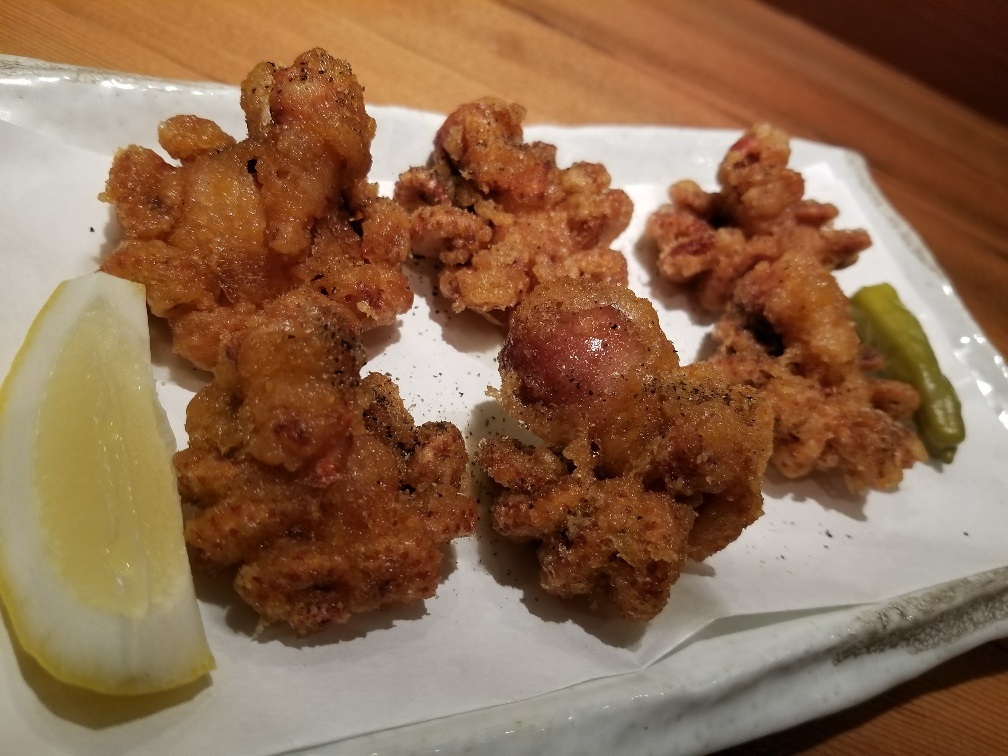 The final dish that was ordered was the Beef Tongue with Miso Mustard.  Yes, actually beef tongue.  This dish was my favorite of the night.  It was tender, juicy, salty and the mustard that accompanied it brought the extra spiciness the dish needed.  It was my first time having Beef Tongue so I didn’t know what to expect.  I, however was very pleased with the decision to have this dish ordered.  Beef tongue usually has more flavor the pork tongue, and it has a similar taste to brisket or a beef stew.  This dish will definitely be ordered if I decide to come to this restaurant again.

Overall, this restaurant is a must go to.  It’s different, and even though you may have had the dishes that were offered, the techniques and cooking style is very different.  I’m excited that I got the opportunity to eat at this establishment.