By savortrav in American Food, Breakfast, Brunch, Eggs, Grits, May I Speak To The Captain, oysters, Pork, steak, Washington D.C on October 8, 2017
No comments

The most important meal on the weekends in D.C. is brunch.  I’ve said it once, and I’ll say it again.  If you don’t eat “brunch” you’re a loser.  “Dem’s da rulez”  I was scrolling through Instagram searching for my next place to visit when I landed on this place.  What intrigued me mostly about this place was the items they had listed on their menu.  One specific item that intrigued me the most was the Smoked Chicken Hash and the Tabard Cheese Grits.  Sadly, I was only able to order one of the two. 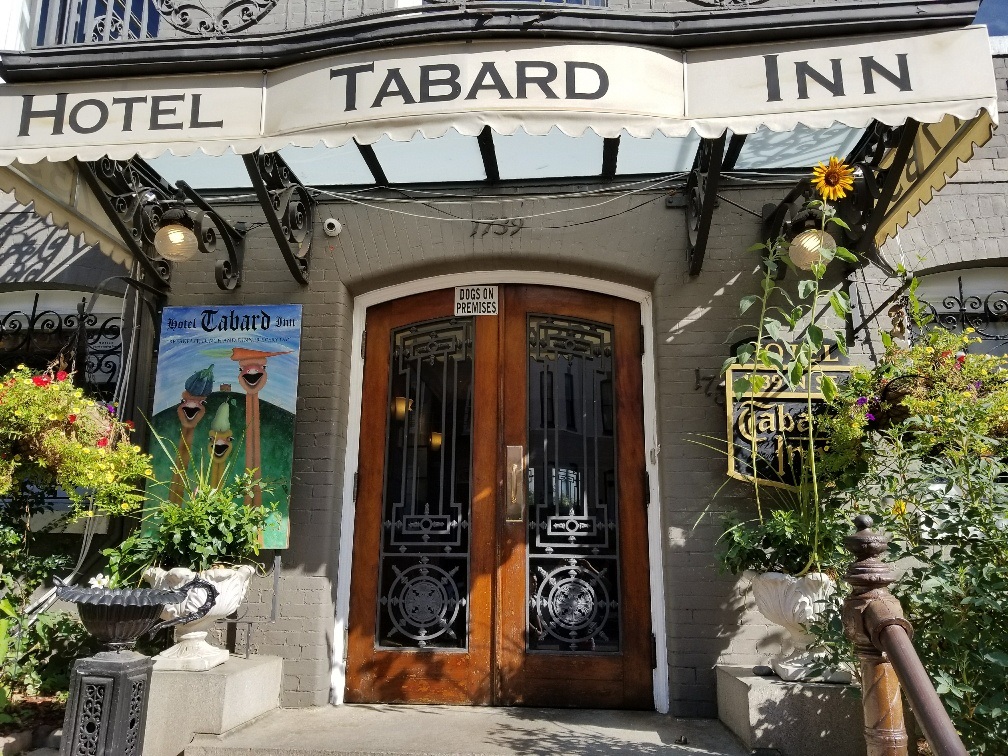 The restaurant is located inside of the hotel so if you decide to stay there for a night you “mind as well” go downstairs for breakfast.  The interior of this restaurant gives off an older 1900’s look.  Old furniture (clean of course), low ceilings, big mirrors, and even a bell.  As I did more research about this place, it wasn’t too surprising to find out that this is the oldest running hotel in Washington, D.C.  It opened its doors in 1922, but I’m not quite sure when the restaurant opened its doors.  Well, who the f*** cares?  We’re only here for the food anyways, right?  Right. 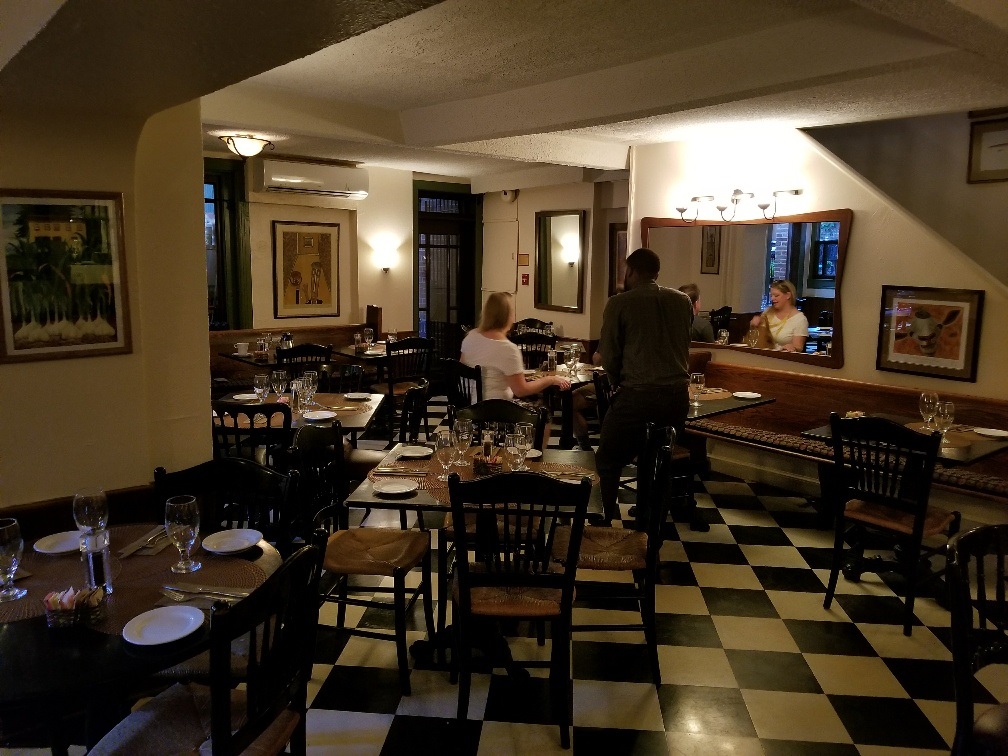 Two and a half dishes were ordered.  The dishes that were ordered were the Tabard Cheese Grits, Steak & Eggs, and Tabard Donuts which was the half dish.  I’ll start off with the dish that inspired me to come to this restaurant.  The Tabard Cheese Grits.  It consisted of Fried Oysters, Pork Belly, Poached Eggs, and a Spicy Beurre Blanc sauce.  This dish sounded so amazing I just had to order it!  Well, I’m a man, and sadly, men don’t make the best decisions.  The overall dish was okay, and it was mainly because the grits were too grainy.  They were NOT cooked properly.  Grits are supposed to have a creamy texture, a little thicker than creamy polenta, but not too thick where it taste like you’re eating a rice cake.  A bunch of grits were piled on top of the plate and surrounded by Pork Belly, Fried Oysters, and Poached Eggs (as you can see from the picture).  I thought I would be impressed with this dish, but I wasn’t.  The grits needed more flavor, and although they were labeled as Cheese Grits I would debate with anyone that there were no cheese in them.  The Fried Oysters were good, but they taste like they were old.  They had a bitter taste, and I’ve eaten enough oysters to know fresh oysters.  I wish I wasn’t disappointed, it’s always a sad feeling expecting something great and you get something mediocre.

The next dish that was ordered were the steak and eggs.  Nothing too special about this dish.  It’s steak and eggs.  The steak was cooked perfectly, medium, but that was about it.  The eggs were scrambled and it was requested that the eggs have cheese in them.  The eggs were sent back because with one bite it tasted as though no cheese were in them.  The waiter had to come back to literally move the eggs around on the plate to let me know that cheese were indeed in the eggs.  Big. Fucking. Mistake.  You DO NOT grab my fork and move my food around on my fucking plate to let me know that cheese are indeed in the eggs.  I’m mad. 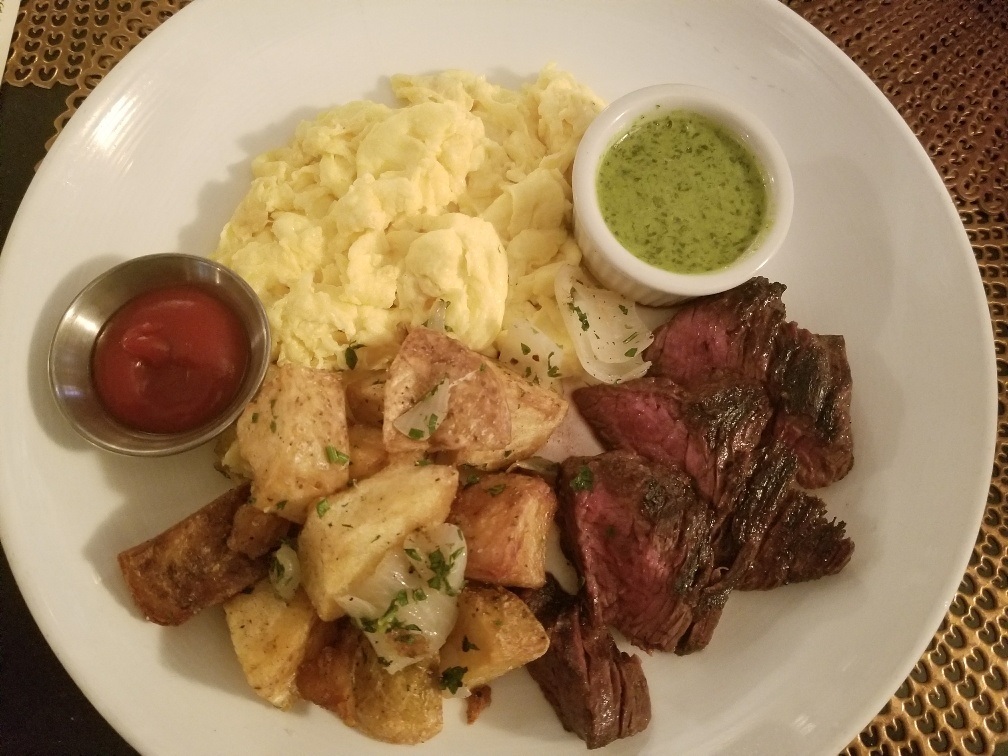 Overall, this restaurant sucked.  I wouldn’t tell my worst enemy to go here.  The only reason why the rating isn’t Deplane is because I didn’t die.