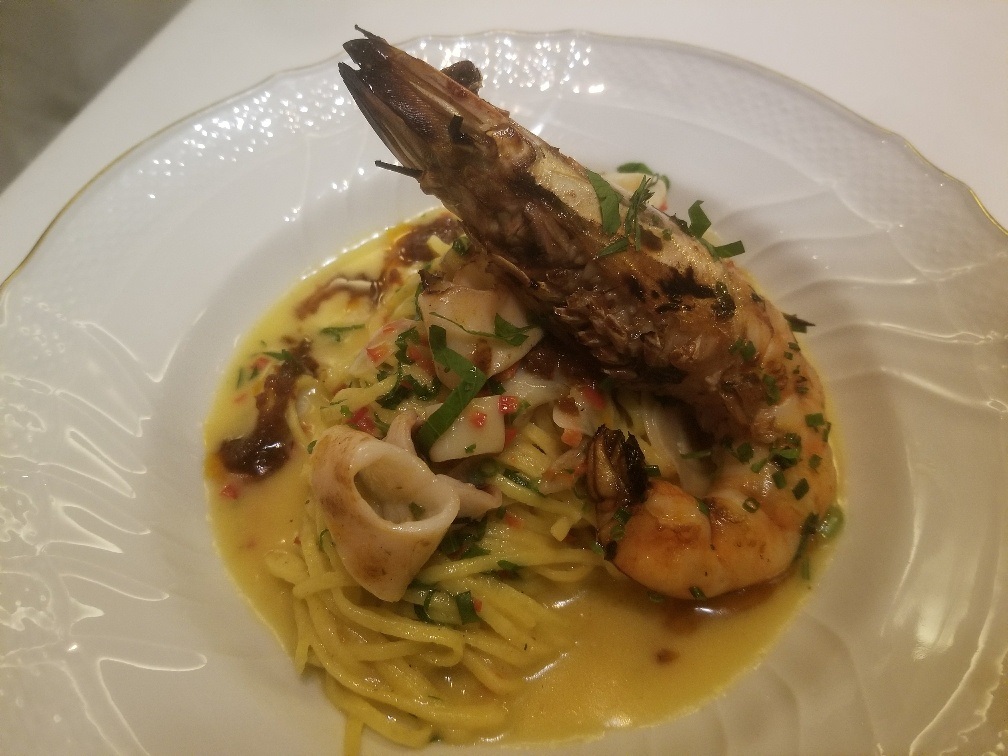 I feel like I’m apart of the Trabocchi family now that I’ve been to four out of the five restaurants they offer in the Washington, D.C. area.  Oh, I’m sure they’ll adopt me sometime soon after I had a twenty-minute conversation with the owner (Maria Trabocchi) and failed to realize it was her until I started asking the right questions.  I swear she was holding back a smirk when she saw my facial expression realizing how embarrassed I was that I didn’t realize who she was at first.

A Michelin star restaurant (1 Star) , located off of Indiana Avenue in D.C. which is walking distance from the Capitol was a restaurant that’s been on my list for a while.  This restaurants encompasses excellence, quality, and good food.  The interior of this restaurant exemplifies fine dining.  Fiola restaurant offers a three to five course menu where you can choose from an abundance of items.  When it comes to upscale dining, you maybe leave feeling a little hungry, but this restaurant will have your stomach reach levels of “unbutton my pants: level.   During my visit I went ahead and ordered the five course menu.  It consisted of Lobster Bisque, Lobster Ravioli, Black Bass, Spaghetti & Prawns, and Pheasant. 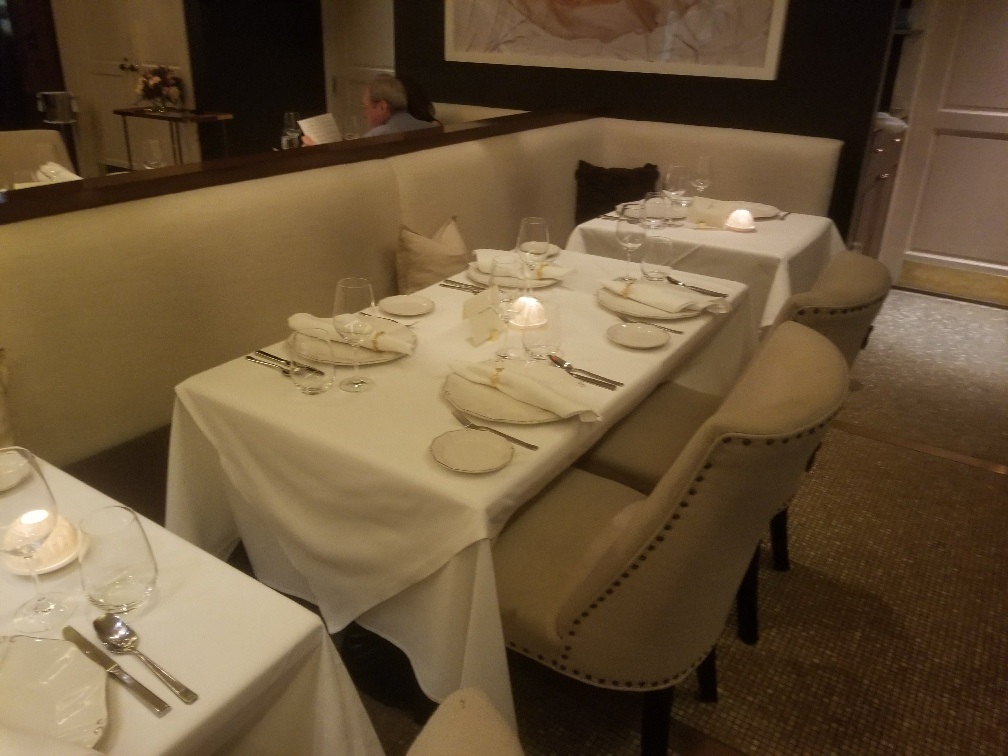 Let’s start with the intro course that helps you prepare for the following courses that you’d order.  The introductory course that was offered was a shot of Celery Root with Parmesan Foam, Truffle Butter, and Brioche.  This soup was some of the best I’ve ever had.  It was light, flavorful, and it had a very similar taste to lobster bisque.  I’m not sure if this specific item is given as a usual to its patrons before dinner starts, but if it is your in for a treat.

The actual first course that was ordered which was the Lobster Bisque was beyond amazing.  The dish comes out with a fresh piece of lobster in the center of a bowl, and the bisque is then poured into the bowl and surrounded by Squid Ink Tuile.  If you’re a soup lover like me, this isn’t a dish for you.  This dish isn’t just soup, it’s the definition of soup.  If you were to google Lobster Bisque and if you don’t have a picture of this item next to it, then I’m pretty sure what you’re eating isn’t Lobster Bisque.  Just kidding.  This dish was flavorful, light, buttery, and meaty.  The presentation is what kicks this dish up a notch.  Everything about this dish was meticulously orchestrated.

The second dish that was ordered was the Lobster Ravioli.  Imagine having a creamy, sweet, lobster pasta that’s topped with lobster and filled with lobster.  Now, imagine going to a restaurant that actually serves that.  It also consisted of Ginger, chives and Roe.  If you’re not into ginger, than I would advise you to pass on this dish because it was a little over powering.  The overall dish was meaty, juicy, and infused with so much flavor.  I didn’t believe that this dish would fill me up the way it did, but it’s surprisingly a dish that wouldn’t leave you hungry after you left the restaurant.

The third dish that was ordered was the Black Bass.  It consisted of calamari, spaghetti squash, and brown butter.  The fish tasted as though it was lightly pan seared then finished off in a brown butter sauce.  The spaghetti squash was an excellent addition to this dish because it provided the perfect balance to the light fish.  The calamari was presented at the bottom of the fish and surrounded by the brown butter sauce.  The sauce was a little lemony, but still good.  I would’ve loved to have the sauce poured on top of the fish so the overall dish could keep its natural flavors.

The fourth dish that was ordered was the Spaghetti & Skull Island Prawns.  It consisted of Calamari, and Spicy Nduja.  Either this restaurant really has a lot of calamari left over, or the chef truly believes 75 percent of its dishes should have it.  Either way, I’m all here for it.  This pasta isn’t going to fill you up at all, but if you’re looking for something a little spicy then this is the perfect dish for you.  The best thing about this dish was the sauce.  A butter sauce, with a hint of spice.  I wish more pasta was given with this dish.  I would argue a big wooden spoon was used to measure the amount of pasta that was included in this dish.  Also, don’t be freaked out by a Shrimp with its head on.  Eat the shrimp, suck the head.  Are you listening?  Don’t forget to suck the head 🙂

The last dish that was ordered was one that I specifically came here for.  The pheasant.  Have you ever had Pheasant or seen it?  Pheasant is a type of bird that’s very colorful, and has the flavor of a rich chicken.  This Pheasant was accompanied with Foie Gras, sunchoke, grilled baby jems, and marsala jus.  The sunchoke and marsala jus gave this dish the extra kick it needed.  The marsala jus was sweet and sour but worked well with the grilled baby jems and sunchoke.  I think having the sunchoke by itself would taste acrid, but mixing them all together and you have a variety of flavors come together as immaculate.  Pheasant is the closest bird that I’ll get to squab so I was delighted to know that I fell in love with the way it tasted.  Hopefully squab will taste the same.

Overall this restaurant is a go to.  I was a little critical of the dishes because this restaurants holds such a high standard.  The prices can be a little much if you’re not used to paying a certain amount for course menu’s but everything that I had been well worth it.   When you decide to go to this restaurant let me now what you think.