By savortrav in American Food, Bacon, Nevada, pasta, seafood, Stuck On The RunWay, wine, Wine Spots on March 24, 2017
No comments

The most challenging thing at times when traveling is picking the perfect restaurant.  Nothing is more dramatic than going to a restaurant and spending an astronomical amount of money on food that you didn’t like.  Wouldn’t that be the opposite of judging a book by its cover, because when you actually discover what’s in said book, it’s usually a positive result.  I spend hours and days searching for the perfect restaurant to eat at, so if a restaurant isn’t what I wanted it to be, for whatever reason, I’m not all that upset by it.  It’s all about the experience, and if a restaurant isn’t as satisfying as it’s supposed to be, then I’ll be your test dummy that’ll let you know.  Las Vegas has so many restaurants that if you walk outside and blink I promise a restaurant will be in front of you.  If the restaurant isn’t a “chain restaurant” then you’ll be more skeptical than ever as to why you should dine where you’ll be dining.  Carnevino was chosen due to its menu selection, reviews from patrons, and appearance.  The restaurant is a product of Chef Mario Batali, you know.. The guy that’s on the t.v. show called Iron Chef.  If you haven’t seen Iron Chef, it definitely puts the t.v. show ‘Chopped’ to shame.  (IMHO) <— In. My. Humble. Opinion.  I actually learned that acronym through an investment board when I was 18 years old.  When someone gives an opinion on why you should or shouldn’t invest in something but they’re not too sure of the outcome they’ll put (IMHO) or (IMHFO) <– In. My. Humble. F***ing. Opinion. (LOL) The restaurant is located inside of the Palazzo hotel which is one of the most prettiest hotels I’ve ever seen. 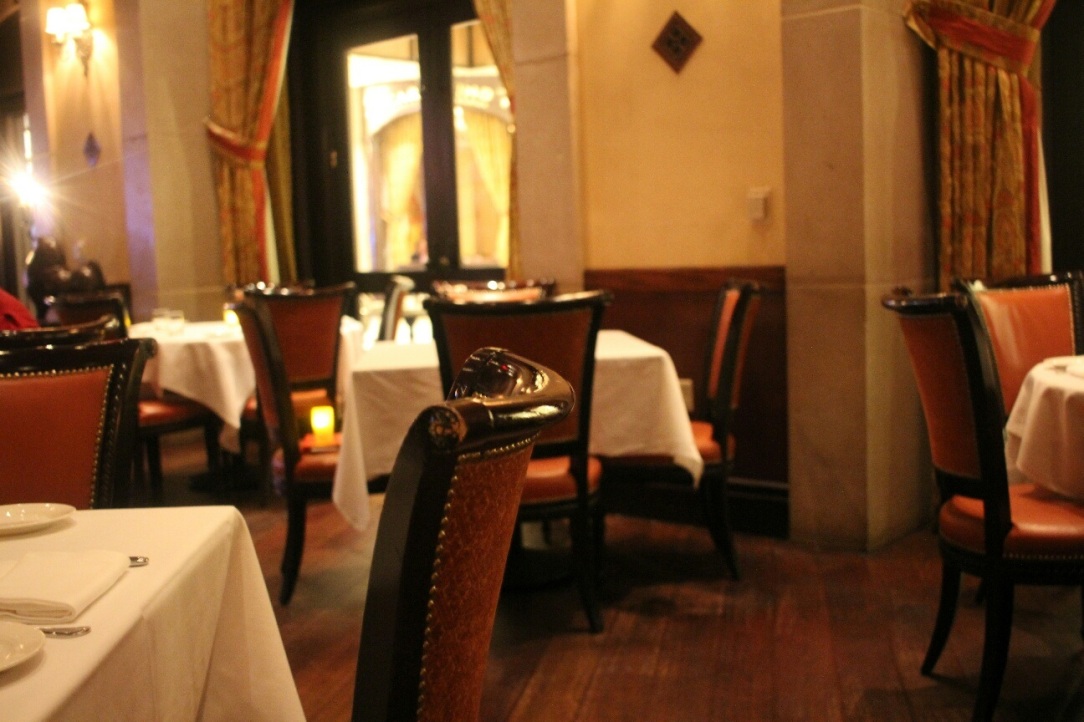 The interior of this restaurant is quite quaint.  Part of me wants to love it, but the other part is asking why is there a big a** animal in the center of the dining area.  No, the animal isn’t alive, it’s for decoration.  Now, I’m no genius but maybe the animal is centered in the middle because they want you to know what you’ll be eating?  Wait, that’s not right, because it was a bull.  We don’t eat bull, do we?  Well, maybe… Sometimes we have to eat alot of s*** that people throw at us.  Get it? Bull..s***? Ok.. I’ll stick to food. Speaking of food, there were several items ordered off of the “stiff” menu.  Just to inform you, I will reference synonyms derived around the word “stiff” to inform you of such high pleasure I had for these dishes.

The first dish that was ordered was the Garganelli pasta which was over-powered with bleu cheese, was ordered with truffle shavings.  Now, I made a dreadful mistake by ordering pasta that was drenched with bleu cheese to be topped with truffles.  The waiter indicated that it wasn’t a good idea for that to be done, but I’m hard-headed, and I wanted truffles.  I was able to taste the truffle by itself, which was amazing, but I think I would’ve enjoyed it better on top of steak.  Lesson Learned.  The pasta was pretty good as well, but the amount of pasta they give is similar to an appetizer.  The amount that was charged for the pasta was a little “steep” <–synonym, but the location and the name alone warrants the price to be “pricey” <— synonym.

The next dish that was ordered was the Scaloppine surrounded with porcini and marsala.  This dish was pretty good and I’d order it again, if I could afford it.  The veal was succulent and mouth-watering and the mushrooms were cooked to perfection.  This dish isn’t enough to leave your stomach happy and full, so contemplate on adding a side dish or devouring bread that they deliver to you before your meal comes out.  I would’ve thought a better presentation would’ve been made for the veal but I guess beating it flat with a hammer and throwing mushrooms on top constitute it to be “fancy” <— synonym.

The last couple of dishes were side dishes along with a side of grilled shrimp.  I ordered the grilled shrimp because I knew the pasta and veal wouldn’t be enough.  The grilled shrimp was good, but it isn’t too much to say about grilled shrimp if it isn’t bad.  I mean.. It’s grilled shrimp?  How else would you like me to describe the taste? Chewy? Burnt? Fishy? It was none of those, but it didn’t persuade me to say anything spectacular over it.  The side dishes that were ordered were the mashed potatoes that were topped with a poached egg and bacon and Italian Broccoli with garlic and pork.  My favorite out of the side dishes was the Italian Broccoli.  I never had broccoli with pork in it, wait, I lied, I have.  I had it in a Chinese dish, does that count?  Nevertheless, the side dish was pretty good.  It had a nice texture and crunch to it and had the pork gave it the extra salt the dish needed to go with the bitter broccoli taste.  The mashed potatoes were creamy and smooth as well, but the poached egg being on top of mashed potatoes were a little scary.  I’m all for having a poached egg on top of anything, but I would never think to put it on top of mashed potatoes.  Maybe you’re wondering why the h*** would you order the dish if you knew it had an egg on it?  The same reason why you’re reading my restaurant reviews, because it intrigues you.  If you ever go to a restaurant that has a poached egg on anything, ORDER IT! 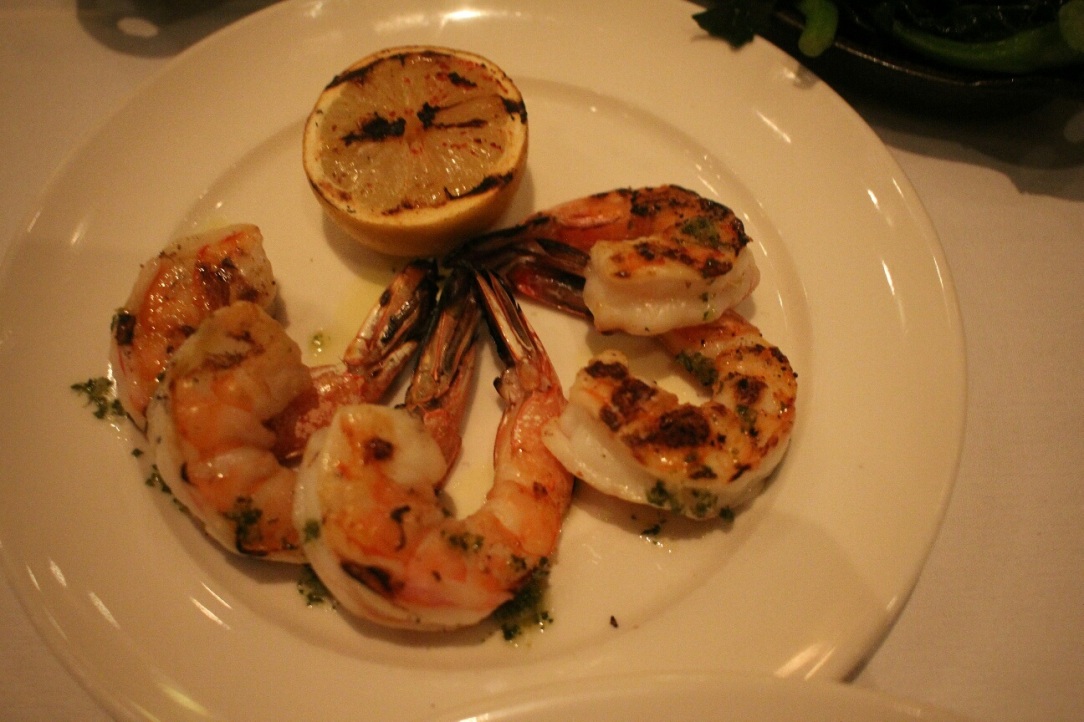 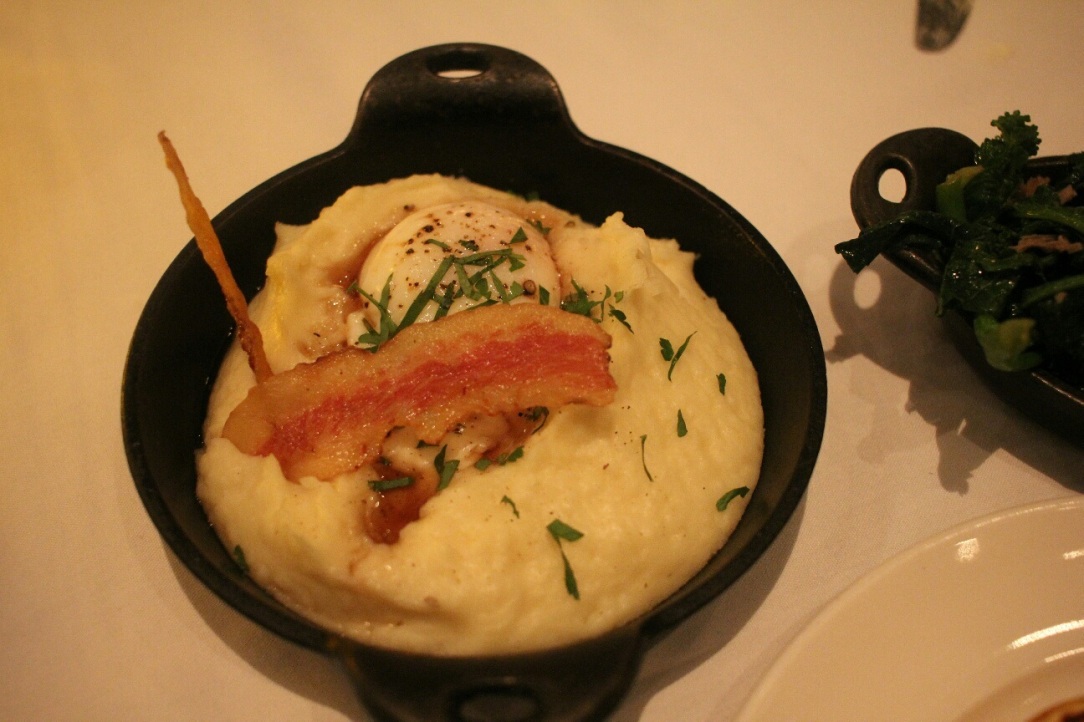 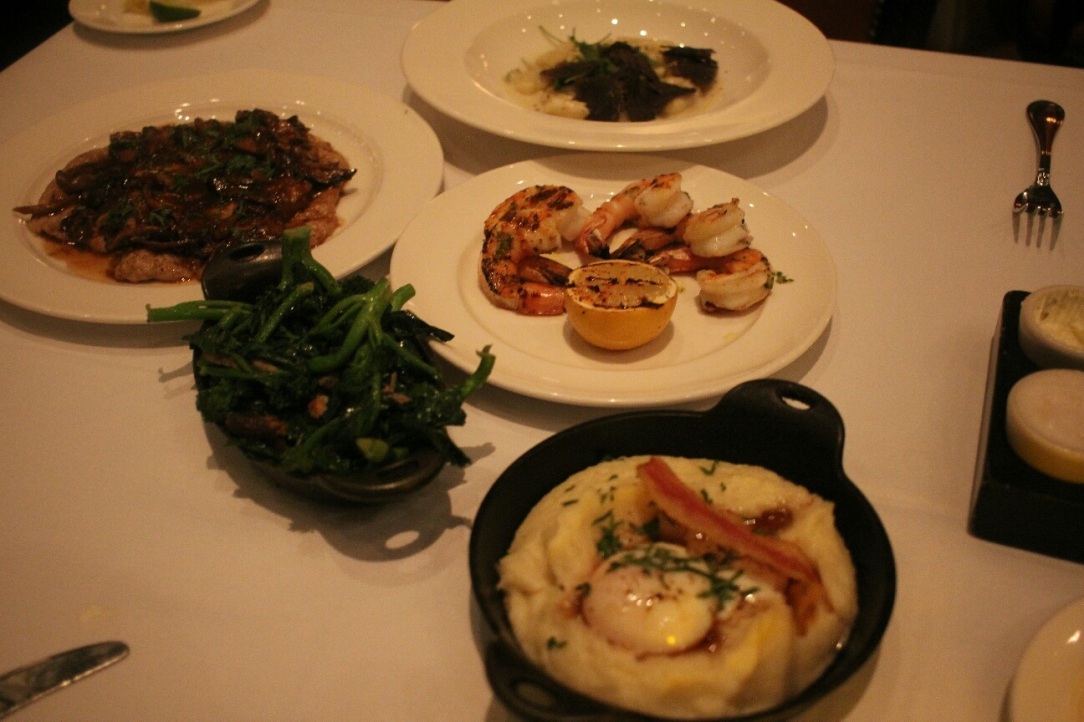 Overall, this restaurant is a go to if you want to spend an “arm and a leg” <–synonym.  I’m all for spending money at a restaurant that’s of high quality and amazing service but this restaurant wasn’t impressive at all.  The service was great, no doubt, but I couldn’t remotely get over the prices.  I will take that into account next time I make reservations at a restaurant.  My first question will be.. “Can I afford this?” Maybe I should’ve known something was up when I seen a $17,000 bottle of wine on the menu. HA!