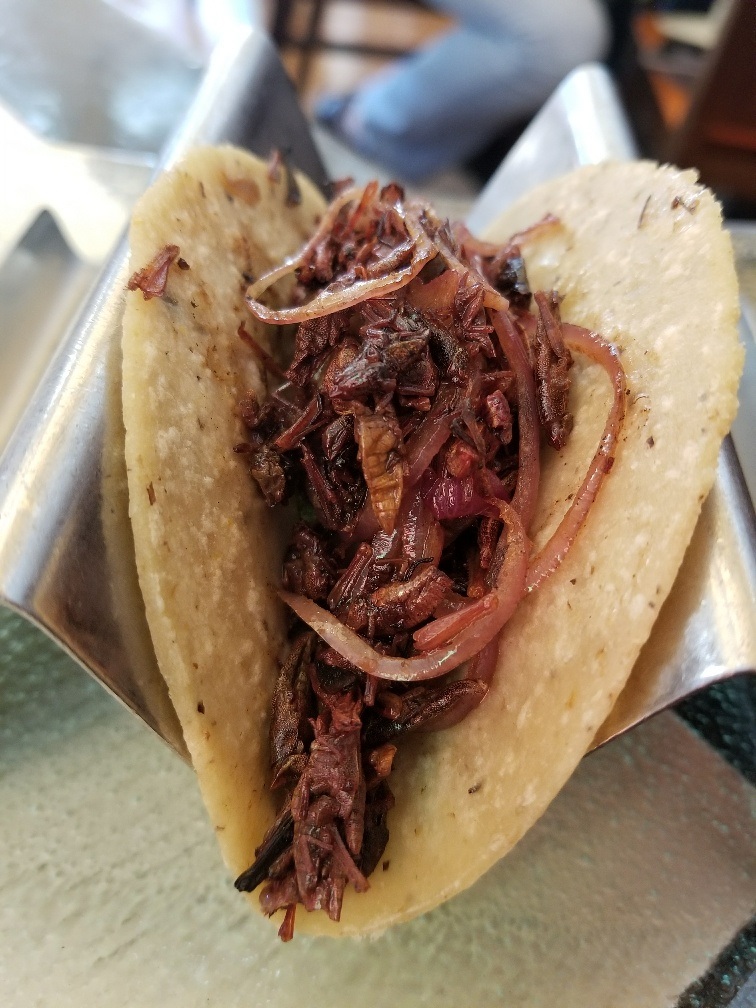 I guess there seems to be something about Chef Jose Andres that I can’t shake, because just like the previous post of Zaytinya, this restaurant is led by him.  Oyamel is located on the opposite end of Zaytinya about four blocks from Chinatown.  (How amazing do you have to be to get prime real estate within 4 blocks from each other?)  Nevertheless, it’s a lively, upscale spot with creative Mexican tapas & street food, plus a lengthy cocktail & wine menu.

The interior of this restaurant is very vibrant with festive colors and huge windows.  I will definitely think this would be an “upscale” Mexican restaurant judging by the looks of it when you step foot inside.  One of the reasons that I chose this restaurant is because I wanted to try something “new”.  Something “different”.  I put emphasis on those words because never in a million years, I thought I’d be eating an insect.  This restaurant offers a Grasshopper Taco, a f***ing insect!  How can I pass on something so disgusting for you all to try? 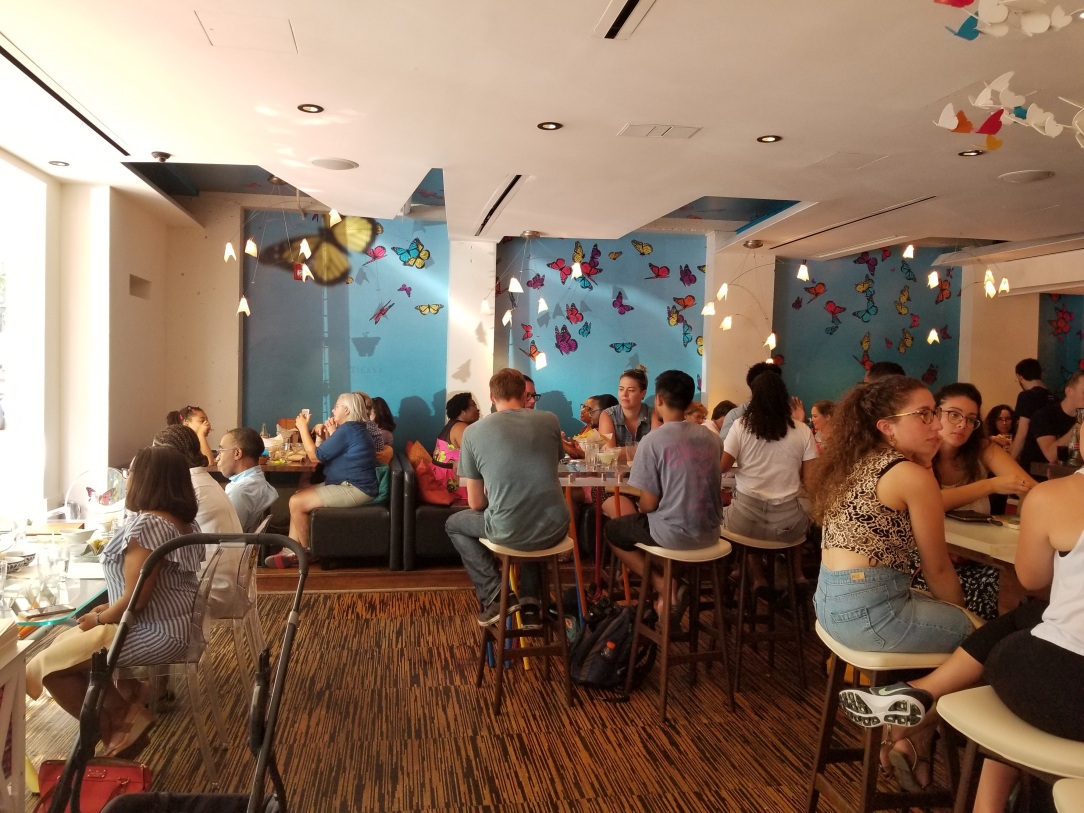 I was able to order several dishes but of course we’ll start with the Grasshopper Tacos.  Have you ever had an insect before?  If not, try it, let me know what you think!  I, on the other hand, will NOT try another f***ing insect in my life again as I had chest pains for two days after swallowing just a taste of this disgusting taco.  What the hell was I thinking?  It taste like dry seasoning, dirt, and onions.  I think I’m having a mild heart attack right now thinking about it.  Nothing about this dish looked appetizing, but sometimes I make foolish decisions when dealing with food, or not food so much, nevertheless I did it.  I live to tell another food story.

The other dishes that were ordered consisted of Meatballs, Brussels Sprouts, Striped Bass, Gulf Shrimp, Braised Beef Short Ribs, Pork and Chicken Tacos, Flan, and Cake.  Maybe you’re thinking, “that’s a s*** load of food”, but it was restaurant week so I had the pleasure of ordering everything in sight.  I’ll start off with the meatballs that are called Albondigas Enchipotladas Con Queso Doble Crema.  Translation, Meatballs in Chipotle Cream Sauce, Double Cream Cheese and Cilantro.  The meatballs were flavorful, but they didn’t “knock me out of my seat”, although I’m not too sure if meatballs are supposed to.  I’m not sure why it was ordered, but it was ordered.  If you have the opportunity to grab something else, then do just that.

The next dish that was ordered were the Brussels Sprouts and the Braised Beef Short Ribs.  This was an excellent combination of flavor with a hint of spiciness.  The Brussels Sprouts had pumpkin seeds, peanuts, and sesame seeds in them so if you have any restrictions please make yourself aware of this.  This was my first time having Brussels Sprouts with any form of seeds in them, usually I eat it with bacon, but these were pretty good.  They weren’t too tough and had a hint of crunch with each bite.  The Braised Beef Short Rib was a little chewy but still packed with flavor.  It was topped with onions, Mexican creama, and Cilantro.  Somewhere in the world, there’s a cilantro tree freezing its ass off because Cilantro is practically used in each dish at this restaurant.  Don’t ask me why, it just is.

The third dish, no wait, fourth dish that was ordered were the Wild Caught Gulf Shrimp and Striped Bass with you got it right.. CILANTRO.  Oh, and onions, cabbage, and house made salsa pequin.  If you’re into ceviche’s then this is the perfect dish for you, as it is a complete replica of it.  This is a cold dish and it’s a little spicy because of the sauce they add to it, but the lime works well with it.  The Gulf Shrimp were extremely good.  It was sauteed in shallots, arbol chile, pabolano peppers, lime and sweet black garlic.  I thought the overall dish would be spicy, but surprisingly it wasn’t.  Oh, the dish was topped with Cilantro, too. 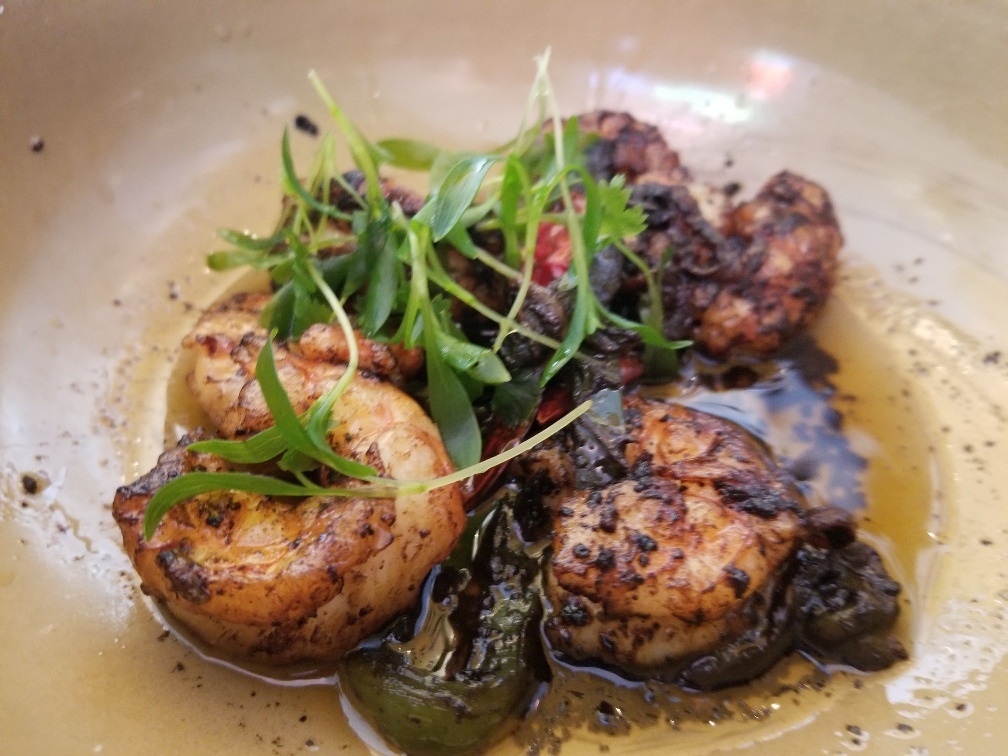 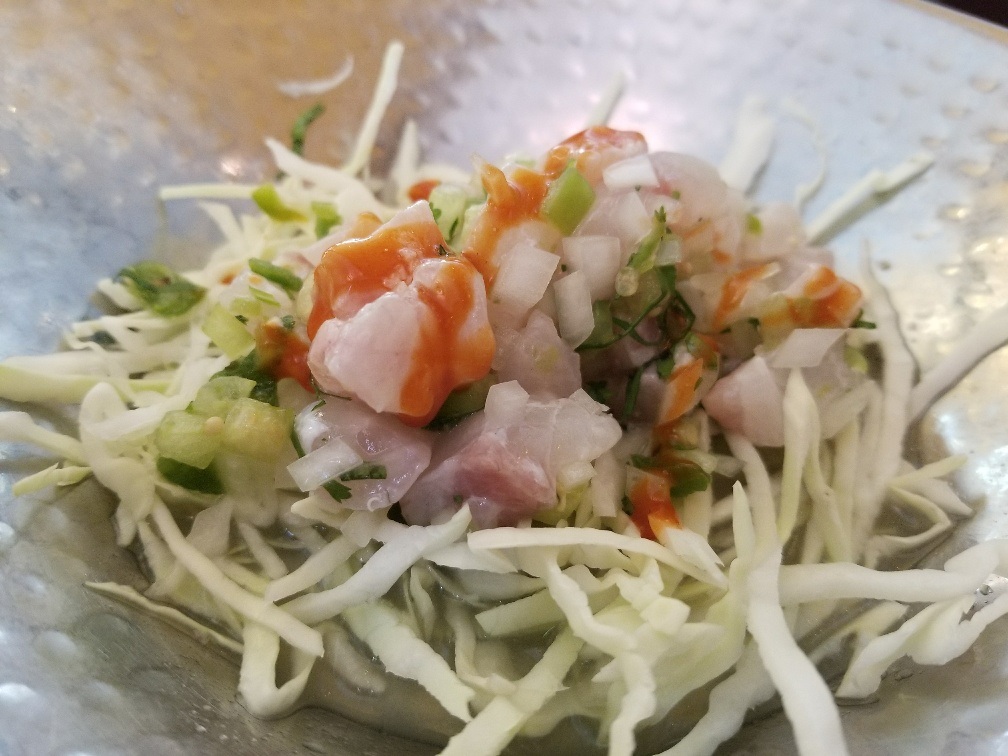 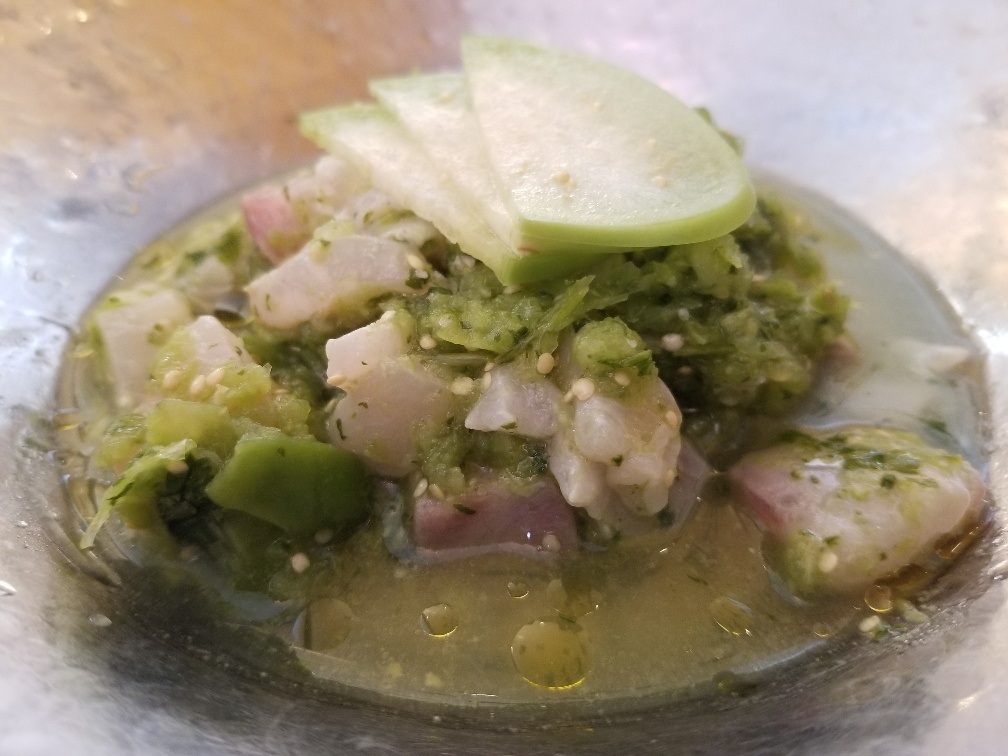 The fifth dish was tacos.  You can’t come to a Mexican restaurant and not order tacos.  Pork and Chicken taco’s were ordered, but there wasn’t anything too spectacular about it.  Oh, yeah.. I lied, there was something spectacular about it!  Cilantro!  Blah.  They were tacos, not much to talk about here.  Sorry. 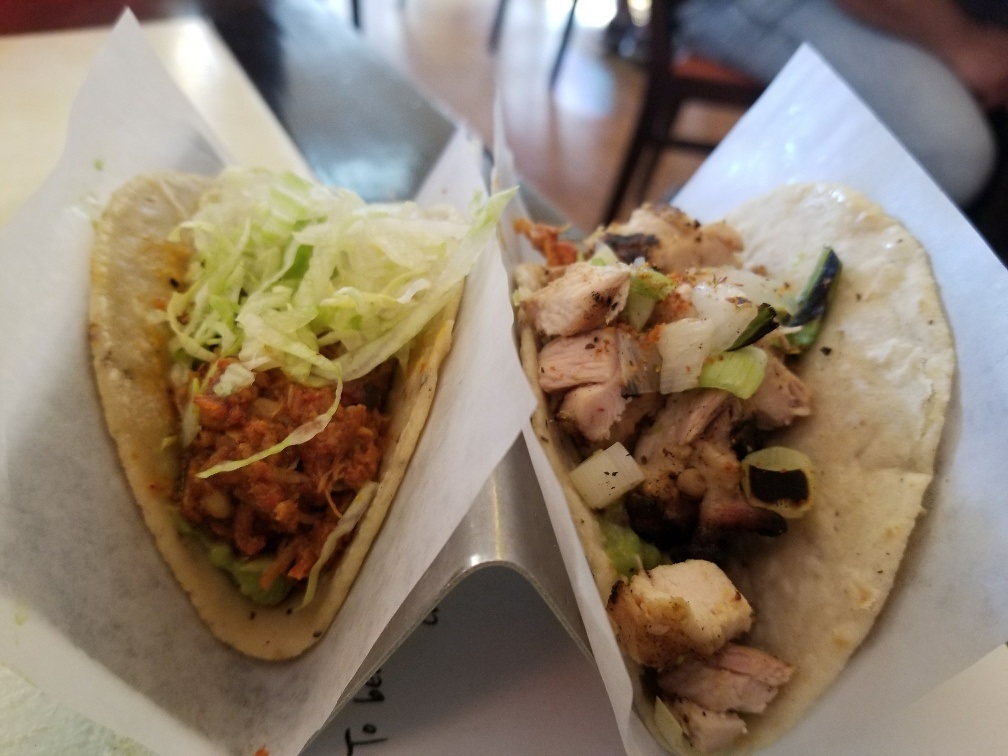 Last but not least were the desserts.  Cake soaked in Coruba Rum and three kinds of milk, with rum & milk foam, fresh pineapple gelatin, and a pineapple salsa.  It was served with a scoop of caramel ice cream.  Phew! Now that I caught my f***ing breath from describing that long a** dish, I can finally say that, the s*** wasn’t good.  It taste like coffee.  I mean, if coffee is your thing, then go for it.  I on the other hand, will pass.  It’s also the longest descriptive dish to explain to your guests that they’re eating coffee with pineapples.  The next dessert (why did spell check just try to make me change the word “dessert” to “desert”?! Spell check is the devil) that was ordered was the Flan.  Flan is nasty.  Nothing good comes with that word.  It did come with apples, caramel ice cream, and goats milk caramel sauce.  I was slightly disappointed in the overall desserts because none of them came with….. CILANTRO!